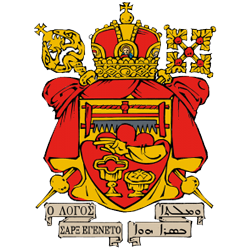 There were several failed attempts to repair the East-West Schism between Greek and Latin Christians: the Council of Bari in 1098, the Council of Lyon in 1274, and the Council of Florence in 1439. Subsequently, many individual Greeks, then under Ottoman rule, embraced communion with Rome. They typically became followed the Latin Rite, maintaining their parishes through contact and support mostly from the Venetians.

However, it was not until the 1880s that a particular church specifically for Greek Catholics who followed the Byzantine rite was built in the village of Malgara in Thrace. Before the end of the 19th century, two more such churches were built, one in Constantinople and the other in Chalcedon.

In 1826, Catholic priest John Marangos began a mission among the Orthodox Christians of Constantinople, where he managed the construction of a small community. In 1878, he moved on to Athens, where he died in 1885 after he had founded a church. In addition, he won over two small villages in Thrace to the Catholic faith.

After 1895, the Assumptionists began their mission in Constantinople, a seminary and two other small towns, founded in 1910; there were about 1,000 worshipers with 12 priests, 10 of which were Assumptionists.

In 1907, a native Greek priest, Isaias Papadopoulos, the priest who had built the church in Thrace, was appointed vicar general for the Greek Catholics within the Apostolic Delegation of Constantinople, and in 1911, he received episcopal consecration and was put in charge of the newly established ordinariate for Greek Byzantine Rite Catholics, which later became an exarchate. The particular Church of Byzantine Rite Greek Catholics was being founded. Much more numerous were the Greek Catholics of Latin Rite, who formed the majority of the population in some Aegean islands.

As a result of the conflict between Greece and Turkey after the First World War, the Greek Catholics of Malgara and of the neighbouring village of Daudeli moved to Giannitsa in Macedonia, where today lives a sizeable community, and many of those who lived in Istanbul emigrated or fled to Athens, one being the bishop who had succeeded to the position of exarch, and the religious institute of the Sisters of the Pammakaristos, founded in 1920.

In 1932, the territory of the Exarchate for Byzantine-Rite Greek Catholics was limited to that of the Greek state, and a separate Exarchate of Constantinople was established for those resident in Turkey. Continued emigration and anti-Greek nationalist incidents by Turks, such as the Istanbul Pogrom, extremely reduced the number of the Greek Catholics in Turkey. The last resident Greek-Catholic priest in Constantinople died in 1997 and has not since been replaced. The only regular services in the Greek-Catholic Church of the Holy Trinity there are held by exiled Chaldean Catholics living in the city.

Vocations to the Greek Byzantine Catholic Church are largely drawn from the Greek islands of Syros and Tinos, which both have sizable Catholic populations.

Byzantine Rite Catholic Greeks in Greece number were mildly rising to 6,016 (6,000 in Greece and 16 in Turkey) as of 2017. In Athens, the main Greek Catholic church is the Holy Trinity Cathedral, Athens.

Although not under the jurisdiction of the Greek Byzantine Catholic Church, a Greek-Catholic community of the descendants of expatriated Greeks exists at Cargèse, in Corsica. A priest based in Athens, Archimandrite Athanasios Armaos, visits Cargèse several times a year to conduct services in the Greek church.