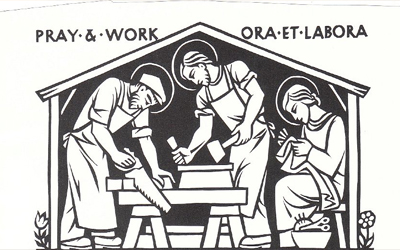 Kerala Labour Movement (KLM) is the official organization of Kerala Catholic Bishops Council for the labourers and aiming at the  integral ie., spiritual, social, cultural and economic development of all workers especially the unorganized workers. It was begun in 1974 after the institution of commission for labour by KCBC.  KLM was reconstituted in 2002 as an NGO registered with government.

KLM visualize a just society where all the workers enjoy dignity, equity, harmony and fullness of life. The movement stands committed for the empowerment of the workers irrespective of caste, class and religion through social mobilization, decentralized participatory planning, promotion of good governance, gender justice and environmental sustainability.

The movement is keen in the proper dissemination of the information on the rights and duties of the workers, justice and accountability in perspective of the church and the international labour organizations and ensure its truthful implementation in the labour settings. To raise awareness (Lobbying) for the appropriate labour legislations and the rightful implementation of the existing labour laws of the country for the benefit of all workers especially, the unorganized workers.