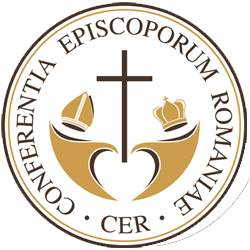 Cardinal Lucian Mureșan, Archbishop of Făgăraș and Alba Iulia, has served as the head of the Romanian Greek-Catholic Church since 1994. On December 16, 2005, as the Romanian Church United with Rome, the Greek-Catholic church was elevated to the rank of a Major Archiepiscopal Church by Pope Benedict XVI, with Lucian Mureșan becoming its first major archbishop. Mureşan was eventually created a cardinal, at the Consistory of February 18, 2012.

Besides the Archeparchy of Fǎgǎraș and Alba Iulia, there are five more Greek-Catholic eparchies in Romania (Eparchy of Oradea Mare, Eparchy of Cluj-Gherla, Eparchy of Lugoj, Eparchy of Maramureș, and Eparchy of Saint Basil the Great of Bucharest),[2] as well as one eparchy overseas, the Romanian Catholic Eparchy of St George's in Canton, answering directly to the Major Archbishop and the Holy See, in the United States of America and Canada.

According to data published in the 2016 Annuario Pontificio, the Romanian Greek-Catholic Church had 504,280 members, 8 bishops, 1,225 parishes, some 835 diocesan priests and 235 seminarians of its own rite at the end of 2012. However, according to the 2011 Romanian government census, the number of its followers living in Romania was as low as 150,593, of which 124,563 are ethnic Romanians. The dispute over this figure is mentioned in the United States Department of State report on religious freedom in Romania.

In addition, there are five other Catholic dioceses in Romania, belonging to the Latin Church, whose members are more numerous.