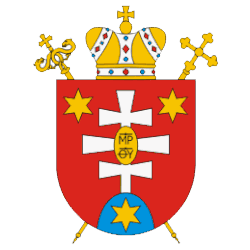 The Ruthenian Greek Catholic Church (Rusyn: Русиньска ґрекокатолицька церьков; Latin: Ecclesia Graeco-Catholica Ruthenica), also known in the United States as the Ruthenian Byzantine Catholic Church, is an Eastern Catholic church that uses the Byzantine Rite for its liturgies, laws, and cultural identity. It is one of the 23 Eastern Catholic churches that are in full communion with the Holy See. There are two main communities within the church: American and European. In the United States, the Byzantine Catholic Metropolitan Church of Pittsburgh is self-governing (sui iuris). In Europe, Ruthenian Catholics are immediately subject to the Holy See. The European branch has an eparchy in Ukraine (the Eparchy of Mukacheve) and another in the Czech Republic (the Ruthenian Apostolic Exarchate of Czech Republic).

The Ruthenian Catholic Church is rooted among the Rusyn people who lived in Carpathian Ruthenia. This part of the Carpathian Mountains straddles the borders of the present-day states of Hungary, Poland, Slovakia, Romania and Ukraine. Today, the church is multi-ethnic. Members of the metropolitan province of Pittsburgh are predominantly English-speaking. Most are descendants of Rusyns – including sub-groups like the Boikos, Hutsuls and Lemkos – but the descendants of other nationalities are also present such as Slovaks, Hungarians and Serbs as well as those of non-Slavic and non-Eastern European ancestry. The modern Eparchy of Mukacheve in Ukraine is mostly Ukrainian speaking and remains officially part of the greater Ruthenian Church.