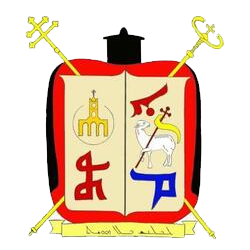 Jesuit and Capuchin missionaries began to work among the Syriac Orthodox in Aleppo in 1626. So many of them were received into communion with Rome in 1662, when the patriarchate had fallen vacant, and the Catholic party was able to elect one of its own, Andrew Akijan, as patriarch of the Syriac Church. This provoked a split in the community, and after Akijan's death in 1677 two opposing patriarchs were elected, one being the uncle of the other, representing the two parties (one pro-Catholic, the other anti-Catholic). But when the Catholic patriarch died in 1702, this very brief line of Catholic patriarchs upon the Syriac Church's See of Antioch died out with him.

Later, in 1782, the Syriac Orthodox Holy Synod elected Metropolitan Michael Jarweh of Aleppo as patriarch. Shortly after he was enthroned, he declared himself Catholic and in unity with the Pope of Rome. Since Jarweh, there has been an unbroken succession of Syriac Catholic Patriarchs.