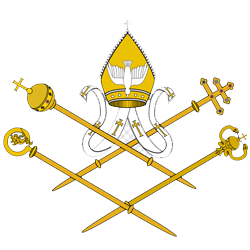 An Armenian Catholic community was also previously formed by Armenians living in Poland in 1630s the Armenian bishop of Leopolis (see Armenian Catholic Archeparchy of Lviv), Nicholas (Polish: Mikołaj) Torosowicz had entered into union with the Catholic Church. The community which had been historically centered in Galicia as well as in the pre-1939 Polish borderlands in the east, was after World War II expelled to present-day Poland and now has three parishes: in Gdańsk, in Gliwice and in Warsaw.