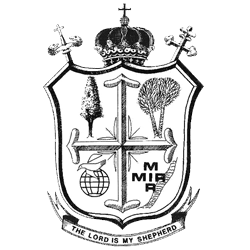 The Christians who, through the Union of Brest (1595–96), entered full communion with the See of Rome while keeping their Byzantine liturgy in the Church Slavonic language, were at first mainly Belarusian. Even after further Ukrainians joined the Union around 1700, Belarusians still formed about half of the group. According to the historian Anatol Taras, by 1795, around 80% of Christians in Belarus were Greek Catholics, with 14% being Latin Catholics and 8% being Orthodox

At the beginning of 2005, the Belarusian Greek Catholic Church had 20 parishes, of which 13 had obtained state recognition. As of 2003, there have been two Belarusian Greek Catholic parishes in each of the following cities - Minsk, Polatsk and Vitsebsk; and only one in Brest, Hrodna, Mahiliou, Maladziechna and Lida. The faithful permanently attached to these came to about 3,000, while some 4,000 others lived outside the pastoral range of the parishes. Today there are 16 priests, and 9 seminarians. There was a small Studite monastery at Polatsk. The parishes are organized into two deaneries, each headed by a protopresbyter or archpriest.

Two of the parishes had small churches. Some of the others had pastoral centres with an oratory.

Belarusian Greek Catholics abroad, numbering about 2,000, were under the care of Mitred Protopresbyter Alexander Nadson as Apostolic Visitator until his death in 2015. The chief centres are the Church of St Cyril of Turau and All the Patron Saints of the Belarusian People in London and parishes in Antwerp (constituted in 2003) and Kostomloty, Poland.

A parish in Chicago, that of Christ the Redeemer, existed from 1955 to 2003. It was founded by John Chrysostom Tarasevich and was later the home parish of Uladzimir (Vladimir) Tarasevich until his death, after which it was administered by the local Latin Catholic ordinary, who appointed first Joseph Cirou and then John Mcdonnell as administrators. On 7 September 1996, the parish had seen the ordination of Prince Michael Huskey, EOHS as the first Belarusian deacon in the United States. Michael served in the parish until it was closed by Cardinal Francis George, Archbishop of Chicago, on 20 July 2003.

In March 2020, Archbishop Tadeusz Kondrusiewicz of Minsk-Mohilev accused the government of using legal pretexts to bar foreign priests from the country, at a time of declining seminary admissions.