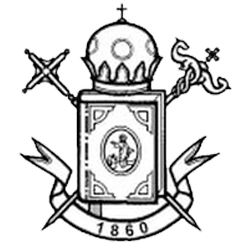 Under Tsar Boris (853–889) the Bulgarians accepted Christianity in its Byzantine form, with the liturgy celebrated in Church Slavonic. For a variety of reasons, Boris became interested in converting to Christianity and undertook to do that at the hands of western clergymen to be supplied by Louis the German in 863. However, late in the same year, the Byzantine Empire invaded Bulgaria during a period of famine and natural disasters. Taken by surprise, Boris was forced to sue for peace and agreed to convert to Christianity according to the eastern rites.[1] His successor Symeon the Great (893–927) proclaimed an autonomous Bulgarian Patriarchate in 917, which won recognition from Constantinople in 927 and lasted until the fall of the First Bulgarian Empire in 1018. In 1186 the Bulgarian state regained its independence. Pope Innocent III had written to tsar Kaloyan, inviting him to unite his Church with the Catholic Church, as early as 1199. Wanting to bear the title of Emperor and to restore the prestige, wealth and size of the First Bulgarian Empire, Kaloyan responded in 1202. In this political maneuver, he requested that Pope Innocent III bestow on him the imperial crown. Kaloyan also wanted the Papacy to recognize the head of the Bulgarian Church as a Patriarch.[2] The pope was not willing to make concessions on that scale, and when his envoy, Cardinal Leo, arrived in Bulgaria, he anointed the Archbishop Vasilij of Tărnovo as Primate of Bulgarians. Kaloyan only received Uniate crown, but not imperial. Meanwhile, in an attempt to foster an alliance with Kaloyan, the Byzantine Emperor Alexios III Angelos recognized his imperial title and promised him patriarchal recognition. In 1235 the Patriarch of Constantinople recognized the independence of the Bulgarian Church and the right of its leader to the patriarchal title. The Ottoman conquest of 1393 put an end to that patriarchate, whose territory was reunited with that of Constantinople. In the succeeding centuries the Bulgarian Church was gradually Hellenized: Greek was used in the liturgy, and the bishops were ethnic Greeks.

In 1926, an Apostolic Exarchate was established in Sofia for the pastoral care of the Byzantine Catholics in Bulgaria among them. This was arranged largely with the help of Archbishop Angelo Roncalli, the future Pope John XXIII, who in 1925 was named Apostolic Visitator and, later, Apostolic Delegate for Bulgaria, where he stayed until 1934. During the Second World War Bulgaria occupied the bigger part of Macedonia and Western Thrace. In 1941, the Uniat parishes went under the jurisdiction of the Apostolic Exarchate in Sofia. Many of the clergymen and the Euharistinki sisters who had found refuge in Bulgaria earlier, returned to Macedonia and Thrace and resumed their work until the end of the war, when Bulgaria lost this territories again. Unlike other Communist regimes in Eastern Europe, the Communist government that took power in Bulgaria after World War II did not abolish the Byzantine Catholic Church, but did subject it to severe restrictions, which are said to have been somewhat eased after the election of Pope John XXIII on 28 October 1958. At the end of 2004, the Apostolic Exarchate of Sofia had some 10,000 Catholics in 21 parishes, cared for by 5 diocesan and 16 religious priests, with 17 other male religious and 41 female religious.