History in a Nutshell

His Holiness Pope John Paul-II, erected the eparchy of Thamarassery on April 28th 1986,by the Apostolic Constitution Ad perpetuam dei memoriam bifurcating the Diocese of Tellicherry. The Patroness of this eparchy is St Alphonsa. Only this eparchy has the unique privilege to have an indigenous patroness in Kerala. The eparchy consists of two revenue districts of Kozhikode and Malappuram, in the Northern part of Kerala. The Catholics of this diocese are the migrants from the central part of Kerala. Bishop Mar Sebastian Mankuzhikary, the then auxiliary Bishop of the Arch Diocese of Ernakulam, was appointed as the first Bishop of Thamarassery by the Apostolic Constitution Pro munere nostro de singulis. The eparchy of Thamarassery was formally inaugurated and the Bishop took charge of the eparchy on July 3rd,1986, on the feast of St.Thomas, at the Sacred Heart Church, Thiruvambady. On June 11th,1994 he was called for the eternal reward.

Mar Remigiose Inchananiyil is nominated as the Fourth bishop of Thamarassery on 18 January 2010 by His Beatitude Cardninal Mar Varkey Vithayathil the Major Archbishop of Syro Malabar Church and Consecrated on 8th April 2010 by His Grace Archbishop Mar George Valiyamattam at Pullurampara Bethania Retreat Center. 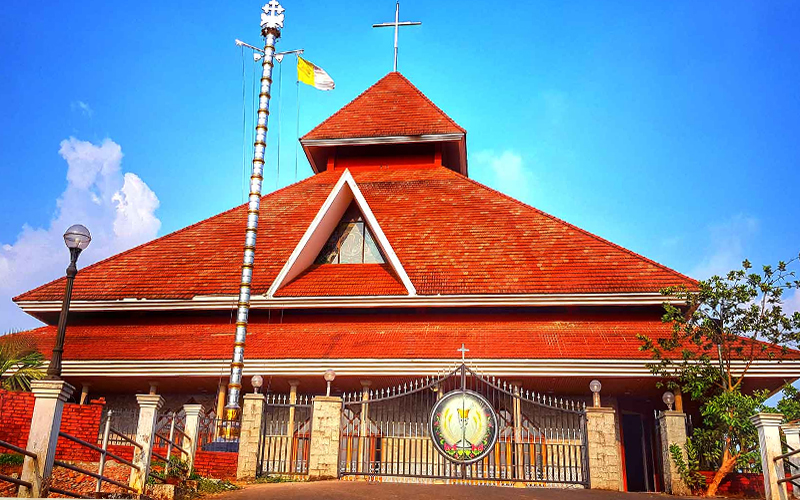