Archeparchy of Trichur founded on May 20, 1887 by Pope Leo XIII by his Papal bull Quod Jam Pridem now covers an area of 2000 Sq.Kms and has a Catholic population of about 460848. There are 16 Foranes under the Archeparchy of Trichur. The total number of parishes is 215. In addition, there are 36 stations in the archdiocese. Diocese of Ramanathapuram, Diocese of Irinjalakuda and Diocese of Palghat are the suffragan dioceses of the Archeparchy. Cardinal Mar George Alencherry is the Major Archbishop of the Syro-Malabar Catholic Church, Mar Andrews Thazhath is the Metropolitan Archbishop, Mar Tony Neelankavil is the Auxiliary Bishop of the Archdiocese and Mar Jacob Thoomkuzhy is the Archbishop Emeritus. 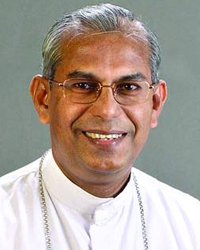 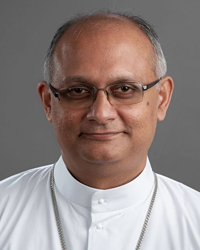