The executorial Decree of September 8, 1952 assigned to each of the Diocese of Alleppey and Cochin a supplementary personal jurisdiction over certain parishes in the territory of the other. This Decree was approved by the Sacred Congregation for the Propagation of Faith on September 24, 1952 and became effective on October 11, 1952.

The boundaries are: on the north, the Kuthiathodu Canal Line; on the south, a straight line from the curve of the Pampa River at Viyapuram to the Arabian Sea through Thottappally; on the east, a line along the middle of the Vembanadu Lake continued to the south by the Pallathuruthy Canal, one of the main branches of the Pampa River, to Viyapuram; on the west: the Arabian Sea.

The area assigned to the Diocese comprises roughly the area of the Jesuit Mission of St. Andre of Muterte.

The Jesuits started mission work among the St. Thomas Christians in this area about 1570. The greatest among the Jesuit missionaries who worked in this area was Fr. Giacomo Fenicio, an Italian, who was Vicar of St. Andrew's Church, Arthunkal, from 1584 to 1602 and again from 1619 till his death in 1632. He was a pioneer in Indology. A century of intense mission work of the Jesuits, left the Christian community from Cochin to Purakad considerably increased and provided with several churches, the more important among them being St. Andrew's Arthunkal (1581). St. Michael's Kattoor (1590), St. Thomas' Thumpoly (1600) and St. George's Manakodam (1640). A few other Churches built during this period were destroyed either by wars or by sea erosion.

After the Schism of the Coonan Cross, the St. Thomas Christians of the Mission of St. Andre were reconciled to Rome by Msgr. Guiseppe Sebastiani during his second tour of Malabar in 1662. Even after the capture of Cochin by the Dutch, the Jesuits continued to look after the Christians of this area till about the middle of the 18th Century. Then the Mission was taken over by the Carmelite Missionaries and remained under the Vicariate of Verapoly till the restoration of the old Cochin diocese in 1886. Because of Arthunkal's historical importance, tradition and faith of the people His Holiness Pope Benedict XVI declared St. Andrew's Church as St. Andrew's Basilica on 21st May 2010 and it was solemnly declared during the Pontifical Mass by Most Rev. Salvatore Pennacchio, Apostolic Nuncio to India on 11th October 2010.

Bishop Michael Arattukulam was the first bishop of Alleppey. He passed away on March 20, 1995. Bishop Peter Chenaparambil took over the diocese on 28th April 1984. On his retirement, Bishop Stephen Athipozhiyil assumed office on February 11, 2001. On his retirement Rt. Rev. Dr. James Raphael Anaparambil assumed charge over the governance of the diocese of Alleppey as its fourth Bishop on 11th October, 2019. 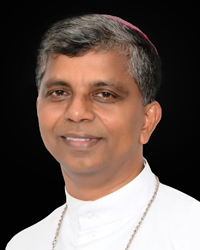 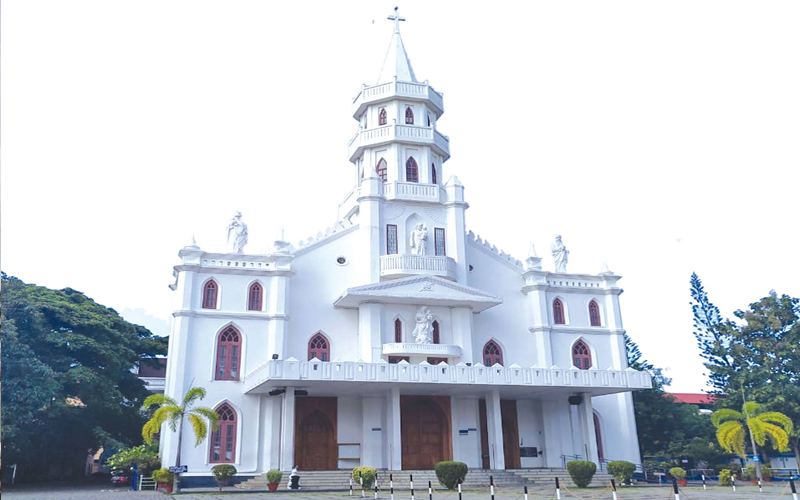