The extent, therefore, of the diocese may be described as the whole of the former Malabar district up to the ponnani river, part of Palakkad district and the area of the watershed of Valluvanad Taluk, with the addition of the present Hosdurg taluk on the north till Chandragiri river. At the time of erection it numbered in all 8000 Catholics, the majority of whom resided in the three old stations along the shore of the Arabian sea, viz. Calicut, Tellicherry and Cannanore. Mainly due to the steady influx of immigrants from Travancore and Cochin, the total Catholic population had risen by 1953 to 91, 384 of which 17,217 were Latins and the rest Syrians. On March 19, 1954 with the erection of the diocese of Tellicherry, the faithful of the Oriental Rite passed under the jurisdiction of the Ordinary of the diocese or Tellicherry. His holiness Pope John Paul II has created the dioceses of Kannur by bifurcating the diocese of Calicut on December 9, 1998 appointing Rt Rev. Dr Varghese Chakkalackal as its first Bishop. The new diocese consists of the revenue districts of Kannur and Kasargod.

For the first 32 years of its existence the diocese of Calicut was entrusted to the Mangalore-Calicut Mission of the Society of Jesus, but with the erection of the independent Vice-Province of Mangalore on May 29, 1955, the territory of the diocese of Calicut was temporarily assigned to the Madurai province of the society of Jesus, pending the erection of the independent Vice-Province of Kerala, which took place on September 27, 1960. The Jesuit Vice- Province became Kerala Jesuit Province in the year 1983. Bishop Paul Perini, S.J. (1923-1932), Bishop Leo Proserpio, S.J. (1938- 1945), Msgr. PancratiusZanolinS.J. (1945-1948) and Bishop Aldo Maria PatroniS.J. (1948-1980) were the prelates of the diocese who belonged to the Society of Jesus. With the appointment of Rt Rev. Dr Maxwell V. Noronha as the Bishop of Calicut, who took charge of the diocese on September 8, 1980, the administration of the diocese passed into the hands of the diocesan Clergy. On May 19, 2002 Rt Rev. Dr Joseph Kalathiparambil was appointed as the fifht Bishop of the diocese by the Holy See. On June 10, 2012, Bishop VergheseChakkalakkal took over the administration of diocese. 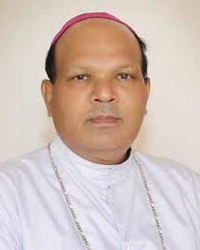 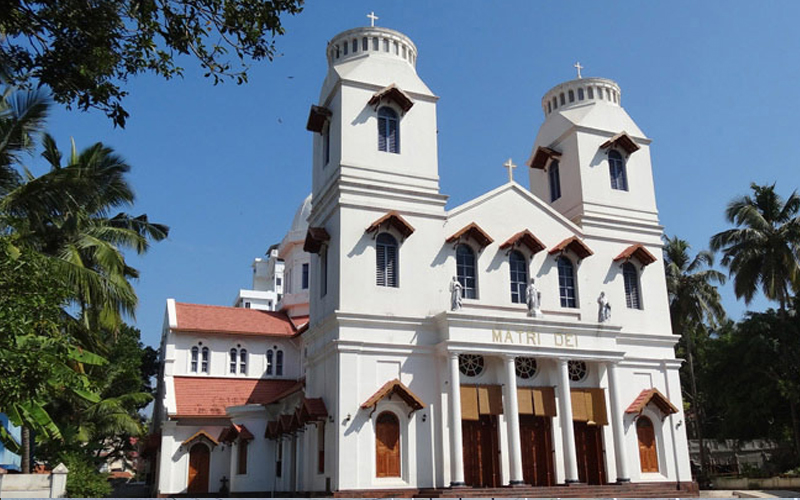