The Diocese Vijayapuram which belongs to the Latin Rite comprises an area of 9000 square kilometres. It was established on July 14, 1930 as a suffragan diocese of the Metropolitan Archdiocese of Verapoly. It comprises the entire districts of Kottayam, Idukki and portions of the districts of Alleppey, Ernakulam and Pathanamthitta. The highest mountain in South India is situated in the diocese, so also the lowest part of the State is within the boundary of the diocese. The demographic structure is characterized by its diversity as it includes migrated Christians from the Archdiocese of Verapoly and the Dioceses of Cochin and Quilon.

With the Apostolic bull “Ad Christi Nomen” Pope Pius XI bifurcated the Archdiocese of Verapoly and erected the Diocese of Vijayapuram on 14 July, 1930. The home base of the diocese is in Kottayam municipal town. As there exists an Oriental Catholic diocese named after Kottayam, the founding fathers decided to name the new diocese as the Diocese of Vijayapuram, because it was the name of the panchayath adjacent to Kottayam town.

The name seems perfect as it occupies the centre of the missionary activities of the diocese. The people of Vijayapuram are the fruits of the various migratory movements that happened in the middle of the 18th Century.   In the middle of 18th century Latin Catholics from the diocese of Cochin migrated to Vaisiambhagom, Nedumudy, Kanjipadam and its vicinities and in the first half of the 19th century Catholics from Quilon migrated to Maramon, Ranny, Vanayathukkara, Thiruvalla, Changanacherry and Poovam. The migration to the high ranges of Idukki district began in the second half of the 19th century and people from Verapoly, Cochin and from different corners of Tamilnadu settled down in this region.

The underdeveloped areas of the Archdiocese of Verapoly were already entrusted to the Carmelite Missionaries in the 18th Century. And it was providential that Bro. Rocky Palackal a Carmelite zealous missionary took up the reins of evangelization of the area. He worked among them and geared up the formation of the diocese of Vijayapuram. He was known as the Apostle of the outcasts. The untiring missionary’s endeavour that was initiated by the Carmelites under the leadership of Bro Rocky together with immigration of the Catholics from various parts of Kerala and Tamilnadu resulted in the formation of a new diocese that is the Diocese of Vijayapuram. The administration of the diocese was entrusted to the Carmelites of the Navara Province in Spain. The first two bishops, Bishop Peter Bonaventure Arana (1931-1950) and Bishop Ambrose Abasolo (1950-1971) were Spaniards. The first Indian bishop to take over the reign of the diocese was Bishop Cornelius Elanjickal (1971 – 1987) and he was followed by Bishop Peter Thuruthikonam(1988 – 2006).

The diocese of Vijayapuram is headquartered in the town of Kottayam. Kottayam district is renowned for the presence of the largest Christian population in Kerala. Since Christianity found a firm foothold here, Kottayam also saw its many offshoots. As a result Kottayam is now the headquarters of the Knanaya Church, the Malankara Orthodox Church, the Syrian Church and the Jacobites. Kottayam district came into being in 1949. The word Kottayam means ‘Kottayakam’, the interior of the fort. Kottayam is the largest natural rubber producer in the country. Kottayam is the nerve centre of Kerala’s newspapers, with five major dailies being published from here. Kottayam is considered the most prosperous town in Kerala.

The diocesan territory has equatorial climate, hot and humid. The most important rainy season is during the South West Monsoon which sets in the first week of June and extends up to September. The Northeast Monsoon extends from the second half of October through November. From December to March, inclusive practically no rain is received and from October on wards, the temperature gradually increases to reach the maximum in May, which is the hottest month of the year. The maximum temperature in the month of May comes to 34 degrees Celsius. 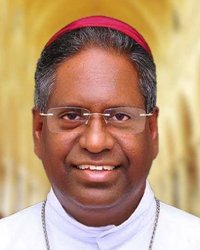 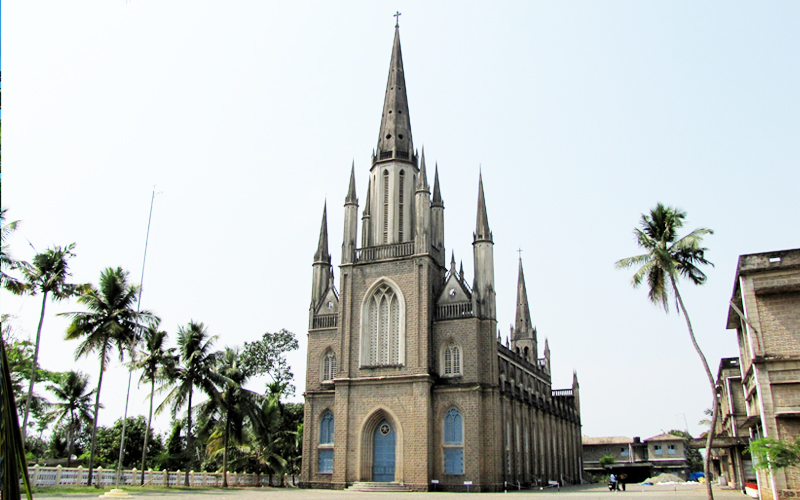