The sacred mission command of Jesus Christ to preach the Gospel to the whole world was fulfilled in India by the apostolic activities of St. Thomas. The emergence of Thomas Christians in India particularly in Kerala led to the growth of a solid Christian community in Kerala, which is characterised by its liturgy, spirituality, tradition, discipline etc. The Thomas Christians were one community till the historical Coonan Cross Oath in 1653. The event divided the Church into various denominations. In order to restore the unity, Archbishop Geevargehese Mar Ivanios wholeheartedly accepted the communion of the Catholic Church. Since then, the Malankara Catholic Church has been growing steadily and extending its missionary activities to the various areas of India and abroad.

Though much has been done to set the foundation for the unity of Churches, there still remains a large area untouched as far as the mission of the Church is concerned. It was absolutely out of the ardent mission zeal that the Malankara Syrian Catholic Church wished for a new diocese in the central part of Kerala. The establishment of the Eparchy of Muvattupuzha is really a milestone in the stable development of the Malankara Syrian Catholic Church in India. Since the geographic area covers the highest number of non-catholic Thomas Christians, the mission and vision of the diocese cannot be other than that of the Reunion Movement itself.

It was then Metropolitan of the Eparchy of Tiruvalla, His Excellency Most Rev. Dr.Geevarghese Mar Timotheos, out of his far-reaching vision of the mission of the Church and for the overall development of the Northern Region of the Eparchy, took initiatives to bifurcate the Eparchy of Tiruvalla and to erect the new Eparchy of Muvattupuzha. The proposal was accepted by the Holy Father, Pope John Paul II, who made canonical provision for the establishment of the Eparchy of Muvattupuzha on 15 January 2003. The Holy Father appointed His Excellency Most Rev. Dr. Thomas Mar Koorilos as its first Metropolitan. The installation took place on 6 February 2003 at Vazhappilly, Muvattupuzha. His Excellency Most Rev. Dr. Thomas Mar Koorilos took initiative to organize departments and institutions for the effective realisation of the goals set by the new Eparchy. The 76th anniversary of the Reunion Movement was held at Vazhappilly, Muvattupuzha on 20 and 21 September 2006. After five years of leadership in the Diocese His Excellency Most Rev. Dr. Thomas Mar Koorilos was appointed Metropolitan-Archbishop of Tiruvalla on 2 May 2007. On the same day Major Archbishop-Catholicos of the Malankara Syrian Catholic Church, His Beatitude Moran MorBaseliosCleemis, the Major Archbishop-Catholicos appointed Rt. Rev. Msgr. John Varghese Easwarankudiyil as the Administrator of the Eparchy.

In accordance with the election of the Holy Episcopal Synod and with the assent of the Holy Father Pope Benedict XVI, His Beatitude Moran MorBaseliosCleemis, the Major Archbishop-Catholicos, appointed Rev. Dr. Abraham Kackanatt, CEO & Secretary of Pushpagiri Medical Society, as the Bishop of Muvattupuzha on 18 January 2008. He was ordained Bishop on February 9, 2008 with the name Abraham Mar Julios by His Beatitude Moran MorBaseliosCleemis Major Archbishop-Catholicos and was installed on the same day as the second Bishop of the Eparchy of Muvattupuzha at the St. Joseph’s Cathedral, Muvattupuzha.

The Eparchy of Muvattupuzha comprises of the civil districts of Ernakulam, Thrissur and Palakkad in Kerala State and Coimbatore, Tirupur, Erode and Karur in Tamil Nadu. Although the territory in Tamil Nadu was apportioned to the Diocese of Tiruvalla by the Decree of the Congregation for the Oriental Churches in 1958, there were no missionary activities undertaken by the Syro-Malankara Catholic Church in that region. So the Diocese of Muvattupuzha decided to lay emphasis on evangelisation to non-Christians. So the first Mission was started in the city of Coimbatore in 2009, the Mission of Malumichanpatti in the year 2013 and the Mission of Kinathukadavu in 2015. Matha Charitable Society for the Welfare of Women and Children was registered on 21 September 2010 in Coimbatore for uplift of the poor, the marginalized and the downtrodden. There are several social welfare activities undertaken by this Society. On request of the Bishop Mar Julios, the Bethany Sisters started a Convent in Malumichanpatti and Bethany Fathers started an Ashram at Solavanpalayam, and the Daughters of Mary (Marthandam Province) started a Convent at Kinathukadavu, in Coimbatore District.

The foundation stone for the St. Joseph’s Cathedral Church was blessed by His Eminence, Leonardo Cardinal Sandri, Prefect of the Congregation for the Oriental Churches on November 10th, 2008 and was laid by His Beatitude, Moran MorBaseliosCleemis Major Archbishop-Catholicos on January 15, 2009. After three years of hard work, the long-cherished dream of the People of God was fulfilled on 26th January 2012. Moran MorBaseliosCleemis, the Major Archbishop-Catholicos of the Syro-Malankara Church blessed the Cathedral with the participation of 30 Bishops of the Syro-Malankara, Malabar and Latin Churches. The ceremony of the Myron Koodasa of the Cathedral Church was made noteworthy by the presence of Moran Mor Ignatius Joseph II Younan, the Catholic Patriarch of Antioch and the accompaniment of 46 persons consisting of Bishops, Priests, Deacons, Nuns and Lay People from Syria, Lebanon and Iraq.

Another significant event of the following period was the visit of His Beatitude Bechara Boutros al Rahi, Patriarch of the Maronite Church with a delegation of five Bishops to St. Joseph’s Cathedral, Muvattupuzha on September 21, 2012. The relics of Saint Charbel, a prominent Saint of the Syrian Antiochian Church, were installed solemnly in the Adoration Chapel of the Cathedral by the Patriarch.

The Mission of Muringoor was started on 3 July 2011. A plot was purchased at Muringoor for construction of Parish Church. A home for mentally challenged children under the name of ‘St. Jude Children’s Home’ was constructed at Vadakodu. The Home was blessed by His Beatitude Baselios Cardinal Cleemis, Major Archbishop-Catholicos and was inaugurated by Sri P. J. Joseph, Hon. Minister for Irrigation, Govt. of Kerala, on 25 May 2015. Currently, Reverend Fathers of the Order of Imitation of Christ (OIC), Sisters of the Imitation of Christ (SIC), Sisters of the Daughters of Mary (DM), Holy Spirit Sisters (OSS), Sisters of Deena SevanaSabha (DSS) and Sisters of FDSHJ wholeheartedly support the pastoral and missionary activities of the Eparchy of Muvattupuzha.

On 10 April 2018 Most Rev. Dr. Yoohanon Mar Theodosius was appointed as the Co-adjutor Bishop of the Eparchy of Muvattupuzha and His Excellency took charge of the office on 12 April 2018.

On 12th June 2019 Most Rev. Dr. Abraham Mar Julios retired from his office and Most Rev. Dr. Yoohanon Mar Theodosius was installed as the bishop of Muvattupuzha.

The vision and mission of the Eparchy of Muvattupuzha is to make steady progress in the field of evangelisation, ecumenism and re-integration of the Churches as well as the holistic development of society. 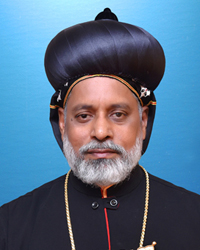 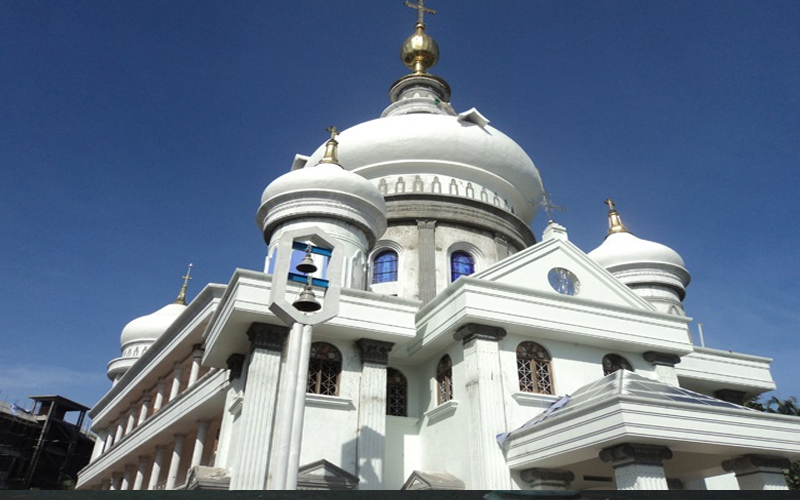