Christianity claims its presence in Kerala since the 1st century itself. Its inception was supposed to be by 52 AD with the arrival of St. Thomas, the Apostle, in this land. However, a historical study of Christian community in Kerala forgetting the services of foreign missionaries, who sacrificed their lives to promote social justice among the people of this land, who were suppressed and depressed under the then prevailing untouchability and colour discriminations, may perhaps be incomplete.

Christianity in this part dates from the time of the arrival of the Portuguese in India and perhaps earlier. It is very likely that the Franciscan and Dominican missionaries of the middle ages who evangelized Quilon and its suburbs worked also in Trivandrum; some of the churches of this Diocese claim to be of pre-Portuguese origin.

With the arrival of the Portuguese but especially with the advent of the pioneer missionary, St Francis Xavier, Christianity spread far and wide in these parts with the result that by the close of the sixteenth century there were well-established Christian communities along the Trivandrum coast. But unfortunately with the suppression of the Society of Jesus, this missionary enterprises came to a close.

The second phase of the missionary enterprise in the Diocese begins with the dawn of the present century. The saintly Bishop Benziger who became coadjutor Bishop of Quilon in 1900 and Bishop in 1905 was the apostle who propagated Christianity in the Diocese through the fragrance of his saintly life, wise leadership and unceasing assistance to his missionary priests. In 1931 when he retired to the Carmel Hill Monastery, Trivandrum, there were Christian communities established in almost all places of the interior region .As early as 1919, Bishop Benziger recommended the establishment of the Diocese of Trivandrum ,but it materialized only after his retirement.

On October 24, 1966 when Bishop Vincent V.Dereere OCD. resigned from the See of Trivandrum, Bishop Peter Bernard Pereira was the first Indian to be appointed Bishop of Trivandrum and the Diocese passed into the hands of the indigenous Clergy.

The Liturgical and Catechetical renewal initiated by Bishop Bernard Pereira after the II Vatican Council marks the beginning of the renewal in the Diocese. St.Xavier’s College, Thumba, All Saint’s College and various other pioneering contributions of Bp. Pereira made a strong footing for the growth of the Diocese of Trivandrum. Our former President of India, Sri. Abdul Kalam always remembers the contribution of Bp.Pereira in establishing VSSC (Vikram Sarabhai Space Center) in Trivandrum to the extent that a parish community with the parish church was ready to sacrifice for the pride of the Nation.

The Archdiocese of Trivandrum (Thiruvananthapuram) is one of the biggest diocese of Kerala having a Catholic population of nearly 2,50,000 people, even after the bifurcation of the Diocese of Neyyattinkara a few years ago.

As much as 90 percent of the faithful in our Diocese of Trivandrum hails from the community of fisher folk. This community as a whole is impoverished and is classified by the Government itself as one of the backward communities. In social stratification, fishermen find their place at the lowest rank of the ladder of social setup.

These people may be poor in material resources. But they are rich in faith. 450 years ago, St. Francis Xavier was walking along this sea-coast preaching the Gospel. In one of his letters addressed to St. Ignatious, St. Francis Xavier writes about this people as follows: “This region is utterly barren and poverty – stricken. Since I came here, I have had no rest. I have been going from village to village. The children would not let me stay at my office or eat or rest till I had taught them some prayer. It was then that I really began to feel that such is the kingdom of heaven. I started to teach them catechism and I saw immediately that they were very intelligent.”

The turning point in the history of the Diocese was its Golden Jubilee year in 1987, when after a long and mature deliberation a renewal movement was initiated by Bishop Jacob Acharuparambil. From that time onwards, the Diocese has aimed at developing a new vision drawing inspiration from the Vatican II Council Documents Lumen Gentium and steadily moves forward holding aloft the biblical vision of “the Church as the People of God.” The telling example to this fact is the 1512 Basic Christian Communities. In these units, more and more lay people come forward to share responsibilities. A conscious effort is made to read the Bible, to understand its message and to put it into practice in day to day life. Liturgy is celebrated meaningfully. Devotion to our Blessed Mother is spread out through praying the Rosary. Social evils are fought and several charitable activities are carried out. The problems existing between the families are discussed and solved. A smooth relationship among the parishners are created. A serious and sincere effort is now going on in the Diocese to bring about a radical change in the life style of our people with the intention of transforming them to a witnessing community of love that radiates the joy and peace of Christ.Understanding and communion in the Church and in the society; and above all a mission of ushering in the Kingdom of God.

In the year 2004 Pope John Paul II was pleased to elevate Trivandrum diocese as an Archdiocese with Alappuzha, Kollam, Punalur and Neyyatinkara as its suffragent dioceses. Bishop Soosa Pakiam was elevated as the Archbishop of this ecclesiastical region.

The Archdiocese has celebrated its platinum jubilee on 2012, marking the entry into the adult age of diocesan activities. The most important among the celebrations is the Diocesan synod, which was held from May 20th 2012 to May 25th. More than hundred synod fathers had contributed for the evaluation of the past programmes and proposals for the future.

On 2nd February 2016 Rev. Fr. Christudas Rajappan has been appointed as the auxiliary bishop of the diocese and on 3rd April 2016 he has been consecrated bishop. 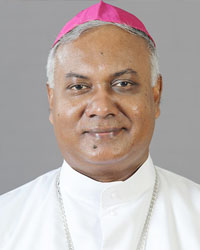 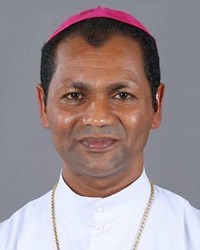 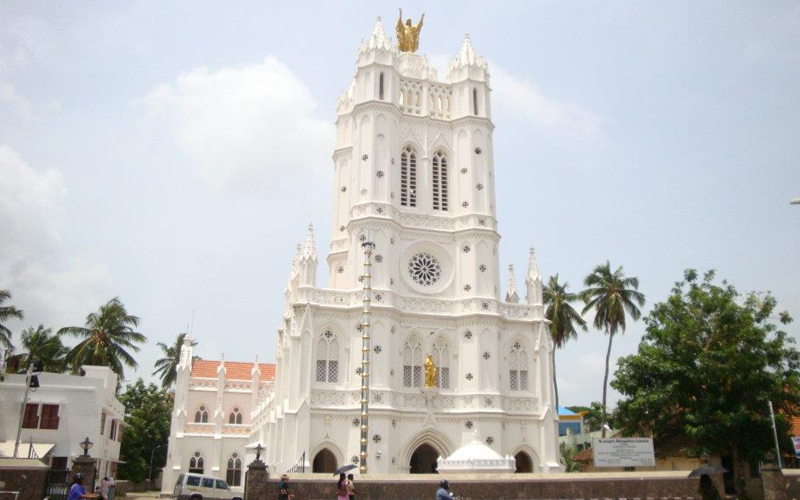