The official inauguration of the Diocese of Mavelikara and the Installation of His Grace Most Rev. Dr. Joshua Mar Ignathios as its first Bishop were held at St Mary’s Church, Punnamoodu, Mavelikara on 16 February 2007. The Holy Qurbono was celebrated by the newly elected Major Archbishop-Catholicos and the Installation was officiated by the Administrator of the Church His Grace Most Rev. Dr Geevarghese Mar Divannasios. The Diocese of Mavelikara comprises of the presbyteral districts of Mavelikara and Kollam and parts of the presbyteral districts of Chengannur and Adoor. This coincides with the civil districts of Alappuzha minus the portions that belong to the Archdiocese of Tiruvalla and parts of the civil districts of Kollam and Pathanamthitta. The patroness of the Diocese is Mary, the Immaculate Mother of God. The Cathedral of the Diocese is St Mary’s Church, Punnamoodu, Mavelikara.

Ever since his sacerdotal ordination in 1978, His Grace Dr. Joshua Mar Ignathios has been carrying out excellent ministry in the various parishes and mission stations of the Major Archieparchy of Trivandrum. The present Malankara missions and institutions in Chennai, Tamil Nadu, owe much to the vision and commitment of His Grace Dr. Joshua Mar Ignathios for their present stature and rapid growth. The Metropolitan has had an excellent academic career including a doctorate in Educational Administration from the Madras University, Tamil Nadu.  He is known as an eloquent preacher and powerful speaker and has an admirable command of many languages, including Malayalam, English and Tamil. He is known for his organizational capabilities too.  Besides his manifold commitments in his home Diocese, he serves the Indian Church in his capacity as a member of several commissions of the Kerala Catholic Bishops’ Conference (KCBC) and the Catholic Bishops’ Conference of India (CBCI). He served the Indian Church as the Chairman of Education and Cultural Commission of CBCI for two terms. He was the CBCI representative to NEG FIRE (New Education Group- Foundation for Innovation and Research in Education) as the governing board member. He is also the CBCI representative to St. John’s National Academy of Health Sciences, Bangalore as the governing body member. At present he serves the India Church as the Vice President I of the CBCI. He served the Church of Kerala as the President of the KCBC from October 2009 - December 2010. He was the Chairman of the Commissions for temperance, Vigilance and Harmony, Laity, KCF and for Special schools under the KCBC. At present he is the Chairman of the Commission for Education and Culture, Chairman of KCSL, and Vice Chairman of the Commission for Family. He serves the Syro Malankara Catholic Church as the Chairman of Synodal Commissions for Ecumenism and Dialogue. He is the President of MITHRA trust in Madras. He is also the trust member of Nilackal Ecumenical trust. He serves the general public of Kerala as the Chairman of Madyavirudhajanakeeyamunnani, and Chairman of Christhava Madyavarjana Samithy. The Shashtipoorthy celebration of His Grace was held on 29 January 2010 at Amalagiri.

The parish hall of the church at Kallumala was temporarily converted and arrangements were made to use it as the Minor Seminary of the Diocese till the new seminary buildings would be constructed. The blessing and formal inauguration of the Mar Ivanios Minor Seminary, Kallumala was on Sunday 03 June 2007. The foundation stone of the new seminary buildings is laid on 8th October 2007 at Kallumala. The new minor seminary building was blessed on 28 January 2012 by His Beatitude Moran Mor Baselios Cleemis Catholicos, the Major Archbishop of the Malankara Catholic Church in the presence of the Metropolitans of the Malankara Church.

The foundation stone of the Amalagiri Bishop’s House was laid on 07 June 2007 at Punnamoodu, Mavelikara. A landmark in the history of the Diocese was the blessing of the new Bishop’s House. It was blessed on 29 January 2009 by His Beatitude Moran Mor Baselios Cleemis Catholicos in the presence of Bishops of various Churches, cultural and political dignitaries, clergy, religious and faithful.

The foundation stone of the new office complex for the Social Apostolate of the Diocese (Chethana Integrated Development Society- CHIDS), was laid on 03 March 2008 and the formal inauguration of CHIDS was on 01 May 2010. The official inauguration of the Chethana Training Centre was on 28 November 2013. Yet another humble initiative of the Diocese is the Alphonsa Agadhi Mandiram, a home for the destitute. The foundation stone of the home for the aged was laid on 19 October 2009 by His Grace Dr. Joshua Mar Ignathios and its blessing was on 20th April 2010. The blessing of the foundation stone of St Mary’s Cathedral by His Holiness Pope Benedict XVI was on 09 September 2009 at Vatican, and the foundation stone for the same was laid by His Beatitude Moran Mor Baselios Cleemis Catholicos on 29 January 2010. The solemn consecration of the Cathedral was on 19-20 September 2013 by His Beatitude Moran Mor Baselios Cleemis Catholicos in the gracious presence of Apostolic Nuncio Archbishop Most Rev. Salvatore Pennachio, and all Malankara Metropolitans and Metropolitans of Latin and Syro Malabar Churches. The Diocese of Mavelikara proudly hosted the 83rd Reunion Celebrations which took place on 18-21 September 2013. The solemn Inauguration of the Mar Ivanios Arts and Science College in Kallumala, Mavelikara, the new venture of the Diocese in higher education field, was on 27 July 2015. St. John Maria Vianney Clergy home at Kallumala was blessed on 5 July 2016 by His Beatitude Moran Mor Baselios Cardinal Cleemis Catholicos. Mar Ivanios Smrithimandiram, heritage centre in honour of Servant of God Mar Ivanios, was blessed on 10 January 2017 by His Beatitude Moran Mor Baselios Cardinal Cleemis Catholicos. The blessing and Inauguration of Mother Teresa Pastoral Centre at Punnamoodu was on 15 November 2017 by His Beatitude Moran Mor Baselios Cardinal Cleemis Catholicos. The Diocese hosted the Golden Jubilee celebration of MCYM at St Mary’s Cathedral on 19 January 2019.

The Diocese is entrusted to host and celebrate the Navathy of Re Union celebrations on 18-21 September 2020.

Various Christian Churches – the Latin Catholic Church, the Syro Malabar Catholic Church, the Malankara Orthodox Church, the Jacobite Church, the Marthoma Church, the Church of South India, the Salvation Army and various protestant denominations – are present in the jurisdictional area of the new Eparchy and they are carrying out active ministry here. The new Eparchy can definitely strengthen and accelerate the common Christian witness in the region. Promising and at the same time challenging pastoral, ecumenical, educational and socio-economic ministry awaits the new Eparchy. The new Eparchy has excellent scope in her ecumenical apostolate precisely because of the powerful presence of so many Christian denominations in the region. The western coast of the Eparchy, which is also the western coast of the state of Kerala, poses serious challenges to the socio-economic and educational apostolate of the Eparchy as the people in this region need special attention and care. The region demands innovative programmes and the required infrastructure, as several sections of the population lack educational, economic and cultural development. Besides Mavelikara being one of the cultural centres of the state of Kerala, the new Eparchy can hope to make considerable contributions in this regard too. 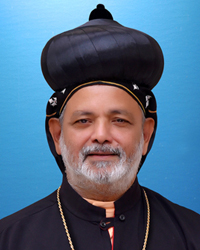 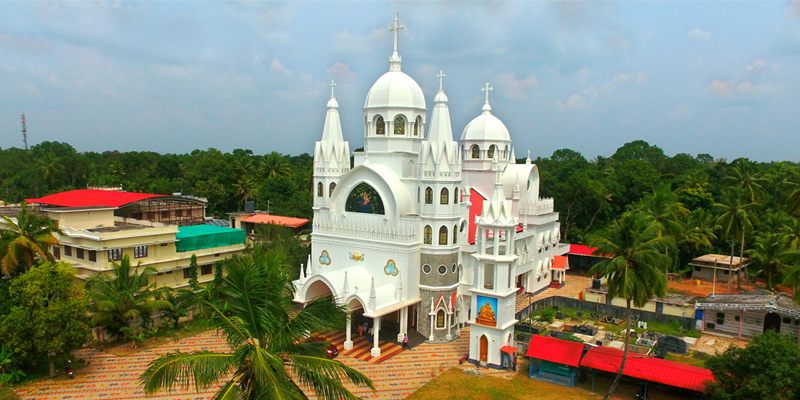