The Archdiocese of Tellicherry is an ecclesiastical province of the Syro-Malabar Church in Kerala, India. The Diocese of Tellicherry was erected on 31.12.1953 by the Papal Bull Ad Christi Ecclesiam Regendam of Pope Pius XII, against the backdrop of large-scale migration of thousands of Syro-Malabar Catholics from South to the Northern forestlands of Kerala. Bishop Mar Sebastian Valloppilly was appointed as its first Apostolic Administrator. He took charge of the diocese on 19.03.1954. Later he was elected as the first bishop of Tellicherry on 16.10.1955 and ordained on 08.01.1956 at St. Peter’s Basilica by Cardinal Eugene Tisserant.

The diocese grew up fast and became a stronghold of Catholic Church in this region within a short period. The boundaries of the diocese were extended in 1955 to some districts in the states of Karnataka and Tamil Nadu, for the pastoral care of the migrants settled there.The diocese was bifurcated in 1973 and the diocese of Mananthavady was erected on 01.03.1973. Again, the Diocese of Tellicherry was bifurcated twice, 0n 28.04.1986 to form the diocese of Thamarassery and on 24.04.1999 to form the diocese of Balthangady. On 01-05-1989 Mar Sebastian Valloppilly retired and Mar George Valiamattam Was consecrated as his successor. The diocese was raised to the stature of Metropolitan Archdiocese by the Papal Bull Spirituali Bono Christi Fidelium of Pope John Paul II on 18.05.1995. The Archdiocese enjoyed the gracious leadership of Archbishop Mar George Valiamattam from 01.05.1989 to 30.10.2014. On his retirement, Archbishop Mar George Njaralakatt was installed as the new Archbishop of Tellicherry on 30.10.2014. He assumed office on the same day. Mar Joseph Pamplany was elected as the first auxiliary bishop of Tellicherry by the Holy Synod of the Syro-Malabar Church and his Episcopal consecration was held on 08.11.2017 at St. Joseph’s Cathedral Church, Tellicherry. Currently he is serving the Archeparchy as the Auxiliary bishop and Proto-Syncellus. 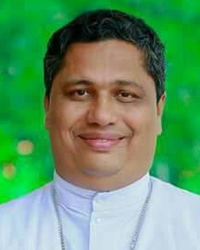 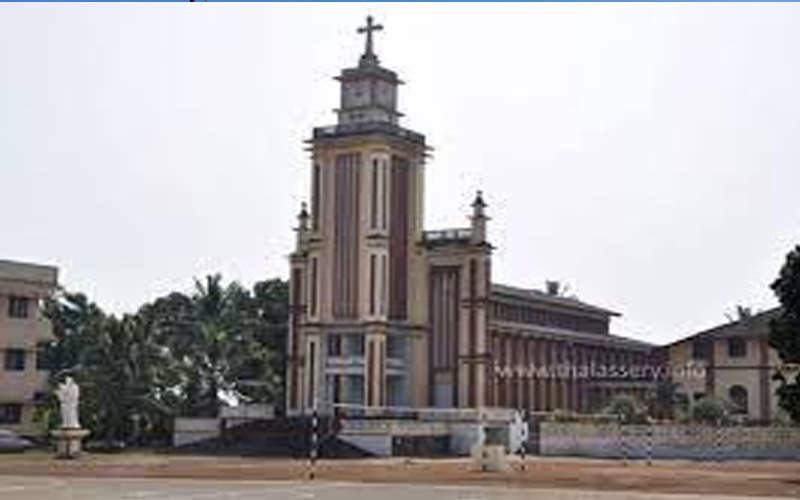