The diocese of Idukki was erected by His Holiness Pope John Paul II bifurcating the diocese of Kothamangalam. The bull of creation Maturescens Catholica Fides was promulgated on 19-12-2002, the declaration was on 15-01-2003 and the Eparchy was inaugurated on 02-03-2003. The eparchy is dedicated to MAR SLIBHA.

Nature and specialty of the area

The name of the district 'Idukki' is supposed to be derived from the Malayalam word 'idukku' which means a narrow gorge. The river Periyar, which is one of the largest rivers of Kerala, is flowing through Idukki and the gorge formed between the two high massive hills called "Kuravan" and "Kurathi", is the site of the gigantic Idukki Arch Dam. The total area of the diocese is covered by the mountainous hills and valleys, and dense forests. Due to its special landscape it is known as the Diocese of the Mountains.

High Ranges vary in altitude from 2000 ft above mean sea level (M S L) to more than 6000 ft. The different levels of elevation promote the diversity of vegetation in this region. The hills touching the skies and being skirted round with thick rain- fed sylvan forests render a specific charm to the region. The climate is comparatively moderate with a temperature varying between 5 to 30 degrees. However, in the hot summer the days are very warm. The nights have a moderate temperature. In peaks above an elevation of 2400 m. the temperature at times goes down to below zero in the cold months of December and January. Occurrence of mist is usual in the high range region.

Geographical structure of the Diocese

The Eparchy of Idukki lies extended covering an area of about 3000 sq. km. The Eparchy is situated in the eastern part of Kerala, surrounded by the eparchies of Kothamangalam, Kanjirappally, Pala and the Archdiocese of Madura. The boundaries of the diocese are:

The Eparchy has a total population of about 785000 of which are approximately:

Languages spoken are : Malayalam 95% & Tamil 5%. The figures in the list can vary slightly.

Migration to the High Ranges

The district is a place of large migration of people from Kerala's main land and labourers from the neighboring state of Tamil Nadu. About five decades ago almost all the present growth centers in the high range region were thick forests. During 1890-1920, on account of plantation of tea and cardamom, some people came to this place to work in the estates. 1933-47 saw migration on a smaller extent due to the Pallivasal Hydro-Electric Project. During 1940-60 the migration was on account of poverty due to the after effects of the Second World War. During 1946 Government allotted forestland for 2000 families while in 1950 Colonies were established especially for Ex-servicemen.

In 1951 under Grow More Food Scheme 1500 acres of land was allotted to 1000 families, which made more and more people migrate to this district. During 1960s and 70's many migrated on account of the construction of the Idukki Arch Dam.

Increased migration caused increase in population in the hilly Taluks of the district, especially Udumbanchola and the eastern parts of Thodupuzha Taluk from 1970 onwards. Lack of industries in the district and the inability of neighboring areas to absorb the labour force, and the backwardness in the educational realm also acted as a catalyst for the large-scale encroachment of forest areas.

The economy of the region

The economy of Idukki in the high ranges is predominantly agrarian: cardamom, tea, pepper, coffee, ginger, and vegetables are the most important agricultural products of the district. Farmers and agricultural labourers constitute about 80% of the population. More than half of them have only less than half a hector of land to cultivate and a large number of them are daily wage workers. In recent times there is a boom in tourist interest in the region due to the natural beauty of the region.

Idukki is having a mixed culture due to the large scale migration to the district from different parts of Kerala and from the neighboring State of Tamilnadu. Christians, Hindus, and Muslims are the three dominant religious groups in this region. Majority of the Christians are middle class farmers.

History of the Catholic Church (Syro-Malabar) in the High Ranges

The diocese of Idukki is blessed with a vibrant Christian presence. The history of the catholic presence in idukki region is connected with the history of migration and the intense work of the priests and religious from the diocese of Kothamangalam. When the diocese of Kothamangalam was established in 1956 there were only 17 parishes and mission stations in high ranges with occasional presence of priests and Holy Mass. Fr. Zacharias Pittapillil and Fr. Xavier Pulparambil laboured a lot to establish parishes and mission stations in the high ranges. The centre of activity of Fr. Zacharias was Koompanpara and that of Fr. Pulparambil was Nedumkandom. Their contributions were highly remarkable as it was a period where the bare necessities of life in the literal sense were lacking in the high ranges. Lack of travel facilities, inadequacy of medicine, proper food and accommodation facilities in the chilling climate of the high ranges were not obstacles to their zealous work.

Priests who followed their footsteps started schools, dispensaries, and other centers of development. They were the architects of this region. The whole diocese was with the people at the time of the Ayyappancovil-Udumpanchola and Churuli-Keerithodu Eviction. The diocese was in the forefront with relief works in the floods and large-scale landslides which threatened people many a times during the heavy monsoons in the seventies.

In 1963 the high range mission region was divided into four foranes, namely Erattayar, Rajakadu, Vellathooval and Koompanpara. In 1970 Thankamany, Vazhathopu and Parathodu were raised to the status of forane churches and later, Churuli.  The diocese started a vibrant mission of establishing schools to bring the light of education to the children.

The leadership and hardwork of Fr. John Vallamattom as educational secretary of the diocese of Kothamangalam is especially memorable in the development of the high range region.

It was due to the hard work of priests and religious and the faithful in this region that the present structure and style of the region is achieved. In constructing roads and bridges, bringing electricity and other services to the villages, organizing the local public in all fields, the parish priests gave a remarkable leadership. Under the leadership of Bishop Mathew Pothanamuzhi and Bishop George Punnakottil the region has made great progress in all aspects, especially in the field of education .

When the new Diocese of Idukki was erected in 2003 there were 114 parishes and mission stations.

Spiritual nature of the Faithful
The total number of the Catholic families in the Diocese of Idukki is around 36147. The Catholic families, all the way uphold the traditional catholic customs and practices. Majority of the faithful are deeply religious, God fearing and law abiding. The percentage of Church attendance is above 95% on Sundays. Besides the Catholics of the Syro-Malabar rite there are Latin Catholics and Syro-Malankara Catholics in this region, belonging to the Diocese of Vijayapuram and Thiruvalla respectively. There are Christians of Jacobite and Orthodox Churches besides various protestant denominations. 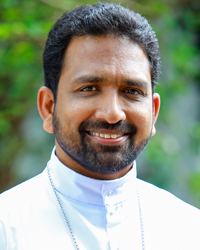 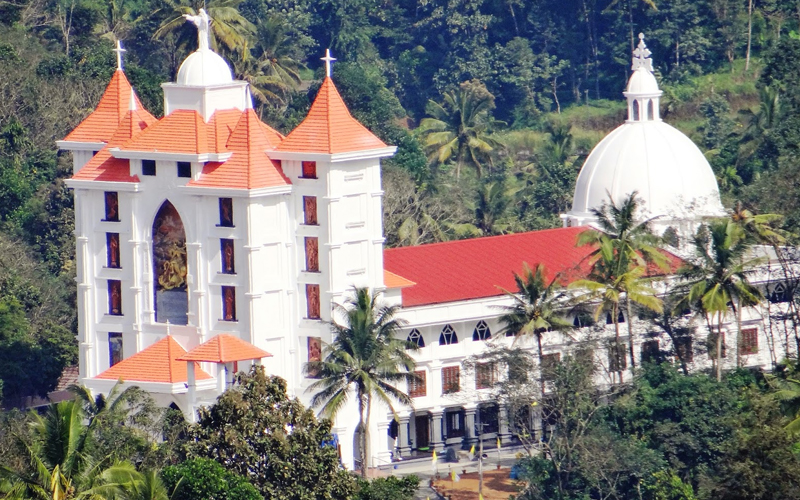