The Apostolic Church of St. Thomas Christians traces its origin back to the preaching of St. Thomas, the Apostle, who arrived on the Kerala Coast in A.D. 52. The Church grew up on the solid apostolic foundation. In the course of history this Church entered into hierarchical relationship with the East Syrian Church of Seleucia-Ctesiphon and became an autonomous Metropolitan See under the East Syrian Patriarch who was in communion with the Apostolic See of Rome. The office of the Metropolitan was entitled ‘the Metropolitan and Gate of All-India.’ The administrative head of the Church was the Archdeacon and was called The ‘Archdeacon of All India.’

The Portuguese missionaries who arrived in the 16th century could not decipher the liturgical traditions and the mode of governance of this Church. They took various measures to Latinize our ancient rite. When the domination of the Portuguese missionaries became unbearable, the Thomas Christians made a public protest against their rule in 1653, which became known in history as ‘Coonan Cross Oath.’ Gradually there occured divisions in the church and in the course of time a fraction of the Thomas Christians adopted the faith of the Antiochian Jacobite Church.

Later a small portion among them became reunited to Catholic faith and they now form the Syro-Malankara Church. The majority of the Thomas Christians who always remained faithful to the Catholic faith are the present Syro-Malabar Church.

The modern history of the Church of the Catholic Thomas Christians began with the erection of two Vicariates in 1887.

With the permission of the Holy See, Mar Charles Lavigne changed his residence from Kottayam to Changancherry in 1991. The strong Catholic presence at Changanacherry and the newly built beautiful church there were the main attractions for Mar Lavigne to prefer Changancherry as his residence.

The Vicariate of Kottayam was renamed Changanacherry. Indigenous bishops were appointed Vicars Apostolic to the new Sees.  They were Mar Mathew Makkil for Changanacherry, Mar Louis Pazheparambil (from Changanacherry Vicariate) for Ernakulam and Mar John Menacherry for Thrissur.

A new Vicariate of Kottayam was constituted in1911 exclusively for the Suddists and Mar Mathew Makkil was transferred to Kottayam as the Vicar Apostolic of Suddists and Mar Thomas Kurialacherry was appointed the Vicar Apostolic of Changanacherry. The Syro-Malabar Hierarchy was established on December 21, 1923 by the Bull ‘Romani Pontifices’ of Pope Pius XI,  with Ernakulam as the Metropolitan See and the Eparchies of Thrissur, Changanacherry and Kottayam as its suffragans thereby constituting the first Syro-Malabar Province. Mar Thomas Kurialachery was called to eternal reward in 1925 and Mar James Kalacherry succeeded.

The Holy See, impressed by the wonderful progress achieved by the Syro-Malabarians, extended the hitherto held boundaries of Changanacherry to the areas south of river Pamba, up to (including) Kanyakumari, by the Bull ‘Multorum Fidelium’ of Pope Pius XII, dated April 29, 1955. Similarly the boundary of the Church in the North was extended beyond Bharathapuzha by another Bull.

Changanacherry was raised to the status of an Archeparchy on July 26, 1956 by Pope Pius XII constituting the second province in the Syro-Malabar Church and Kottayam and Pala became its suffragans. The Apostolic Constitution ‘Regnum Caelorum’ of November 26, 1959 of Pope John XXIII gave effect to this decision of Pope Pius XII. Mar Mathew Kavukatt served the Archeparchy as the Metropolitan Archbishop until 1969 and was succeeded by Archbishop Mar Antony Padiyara in 1970.

In 1975 the missionary work of three (now five) civil districts of the Latin Archediocese of Agra in the State of Uttar Pradesh were taken up completely by the Archeparchy of Changanacherry.

The Archeparchy was divided a fifth time when its Kanyakumari Mission was elevated to the status of a new Eparchy by the Bull Apud Indorum Gentes of John Paul II, dated December 18, 1996. The formal inauguration of the new eparchy of Thuckalay and the Episcopal Ordination of Mar George Alencherry as its first Bishop took place on February 2, 1997.

Archbishop Mar Joseph Powathil served the archeparchy until his retirement in 2007 and Mar Joseph Perumthottam was appointed on January 20, 2007 as the new Metropolitan Archbishop of Changanacherry and was installed on March 19, 2007. The Archeparchy of Changanacherry now comprises the civil districts of Thiruvananthapuram, Kollam, Pathanamthitta, Alappuzha and Kottayam in Kerala with Palai, Kanjirapally and Thuckalay as its suffragans.The most important ecclesial event of this period was the canonization of Bl. Alphonsa in 2008 by His Holiness Pope Benedict XVI as the first woman saint of India. Appointment of a Syncellus for the Southern region, erection of three more foranes (Kudamaloor, Thrickodithanam and Kollam-Ayoor) and the formation of forane councils are some of the noteworthy pastoral initiatives during these years.

The pastoral ministry in the Archeparchy is organized centered on six areas, namely, Liturgy, faith formation, Education, Health and social welfare, Koottayma (ecclesial fellowship) and Mission work. The activities are organized and coordinated under different departments headed by priests. The Protosynchellus and the syncelli supervise the whole activities in the respective areas assigned to them. There are regular gatherings of the departmental heads and the archeparchial curia members with the metropolitan Archbishop to share and evaluate the various pastoral activities. The curia meetings are held thrice a week to discuss and decide day to day pastoral affairs.

The postcentenery silver jubilee (125) of the Archeparchy was a major event which was celebrated in 2012 with a triennial intensive preparation. The three-year preparation was arranged as the year of priests (2009-10), year of the consecrated (2010-11) and the year of the Laity (2011-2012) which coincided with the jubilee year.

The programmes conducted in each of these years were designed in such a way as to depeen the sense of purpose and mission of one’s specific call, namely, Priesthood, Consecrated Life and Lay Apostolate respectively.  The slogan chosen for the year of priests was “faithfulness of Christ, faithfulness of priests” (Missihayude Viswasthatha, Purohitharude Viswasthatha). The year 2010-11 was specially dedicated to the cosecrated who form the sound spiritual base and role models of perfect Christian discipleship, (Sanyasthar Sabhakku Aadhyathmika belavum jeevithamathrukayum).  The year, 2011-12, the Jubilee Year, was specially dedicated to the Laity who witness Christ in the world, renewing every sphere by living the Gospel values with conviction (Almayar Lokathil Missihayude Sakshikal).

The celebration was officially inaugurated by Archbishop Salvatore Pennachio, the Apostolic Nuncio of India on May 19, 2011. On June 11, 2011, the Feast of Pentecost, parish level and family level inaugurations of the Jubilee Year were held. Apart from the parish and forane level programmes there were around 10 different gatherings in the Archeparchial level in which the people from different spheres of life came together. The most important among these gatherings was the meeting of about 5000 representatives from the parishes and other institutions which was held on January 14th 2012. The chief guests of the programme were His Eminenence Leonardo Cardinal Sandri, the Prefect of the Congregation for the Oriental Churches, Sri Oommen Chandy, the Chief Minister of Kerala, and His Beautitude Mar George Cardinal Alencherry, the Major Archbishop of the Syro-Malabar Church.

The concluding ceremony of the Jubilee Year was held on May 19, 2012 at Cathedral Church Changanacherry. The ceremony began with the celebration of Holy Qurbana and was followed by the public meeting. The chief guests were His Eminence Montero Cardinal de Castro, the Apostolic Penitentiary, His Beatitude Mar George Cardinal Alencherry, the Major Archbishop, Sri Oommen Chandy, the Chief Minister, and Moran Mor Baselios Marthoma Paulos II, Catholicos of the Malankara Orthodox Syrian Church. Archbishops and Bishops from other Eparchies, leaders of other religions and political dignitaries were present in the meeting. 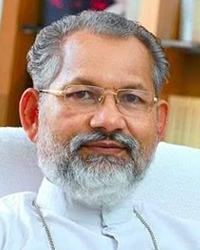 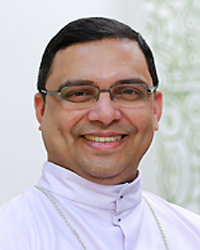 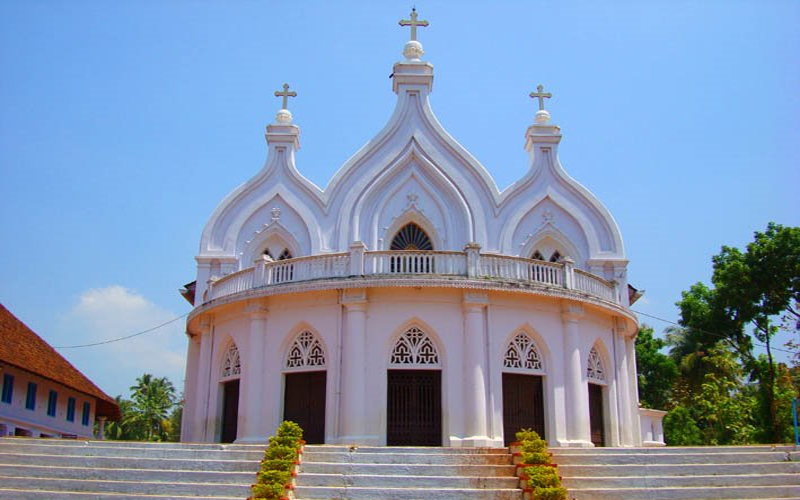