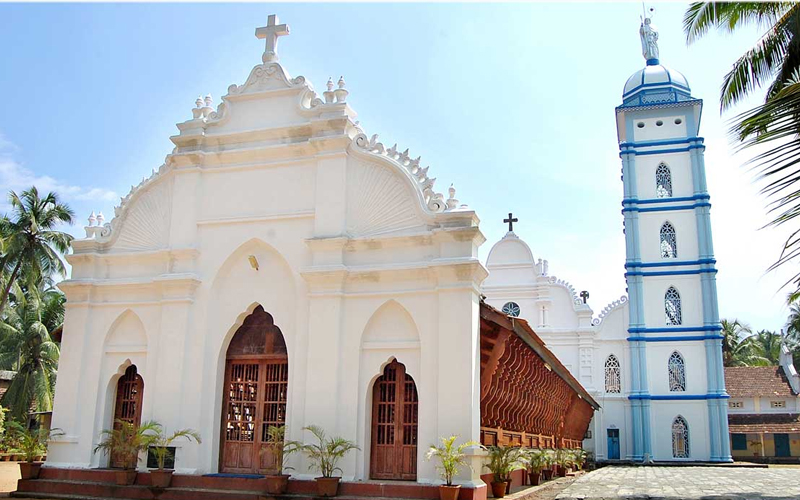 St. Thomas Church was established in 52 AD by St Thomas is located at Palayur. It is the oldest church in India and one of the seven founded by St. Thomas the Apostle. Original small Church structure has been retained at the oldest site. During the 17th century substantial improvements around it were carried out  without relinquishing the main sanctitude of the place. However, after the church was fully completed and after the priest had delivered a proper sermon, the local people agreed to demolish the old wooden structure, which resulted in the Church looking elegant. The original altar consecrated by St. Thomas is still retained.

Historical legend records that when St. Thomas landed at Palayur, he witnessed the sight of Hindu Brahmins at the Thaliyakulam adjacent to the then Palayur temple , offering prayers by chanting mantras to god in the form of Tharpanam to the Sun god. Amused by the sight of water being thrown up by the Brahmins , he challenged the Brahmins stating that the water they were offering was not being accepted by the Sun god as it was falling back into the tank. He made a deal with them stating that his God would accept the offer of water if he threw it up in the same way as they did, but water would not fall back. If he proved this then his God was superior and the Brahmins would have to embrace Christianity. He performed this miracle and with this miracle he converted a number of Brahmins and Jews in Palayur to Christianity.