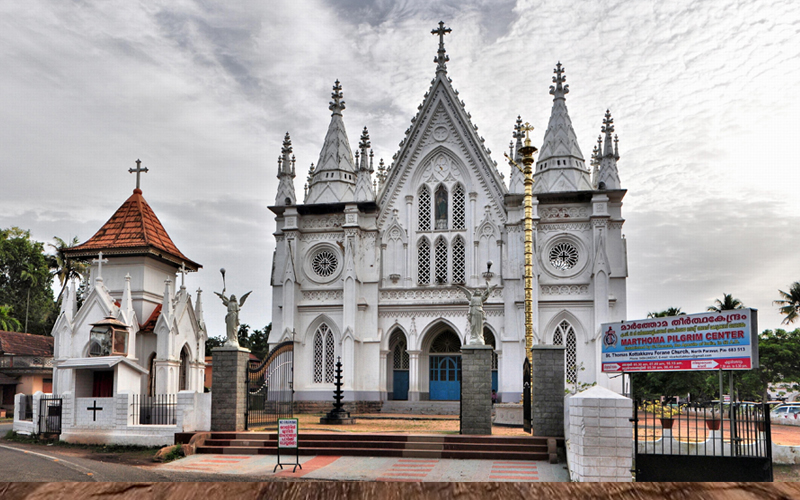 Kottakkavu Mar Thoma Syro-Malabar Pilgrim Church, North Paravur is a Syro-Malabar church established in 52 AD by St. Thomas/ Mar Thoma shleeha, one of the twelve apostles of Jesus Christ. It is the first church in India and is called an Apostolic Church credited to the Apostolate of St. Thomas who preached and also started conversion of people to Syriac Christianity here. It was part of the Ezharappallikal (seven churches) that he established in India; the other six churches were established at Kodungalloor, Kokkamangalam, Palayoor, Kollam, Niranam, and Nilackal.

Where he taught the Holy Way

There within a span of a year

And another seventy of them

Were christened by baptism

Mar Sabor and Mar Proth came from Persia to Malankara in the 9th century. They built and presided over a number of churches in Malankara operating in accordance with Saint Thomas Christians. The second church of Kottakkavu was rebuilt at this time. After their death they were remembered as saints and their name was given to this church. Kottakkavu Sliva, a Persian cross engraved on granite stone by Mar Sabor and Mar Proth, is preserved in the chapel in front of the church.

The existing old church, the third church, was built in 1308.[ The ruined old church is again reconstructed in the 21st century.