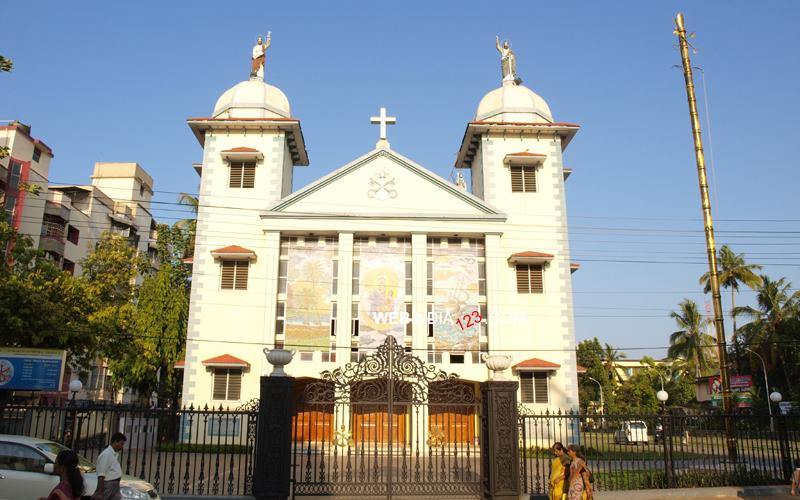 The St. Mary's Syro-Malabar Cathedral Basilica is  a cathedral in Ernakulam, Kerala, India. It was founded in 1112, and is also known by the names Nasrani Palli, Anchukaimal Palli or Thekke Palli.The church is the headquarters of the Major Archeparchy of Ernakulam-Angamaly  which is the Episcopal See of the Syro-Malabar Church.

The present church was built in the early twentieth century under the direction of Mar Aloysius Pazheparambil and was elevated to the status of a Basilica by Pope Paul VI on 20 March 1974.

The large, tall and spacious cathedral has an altar that was used by pope John Paul II, when he visited India during 7 February 1986. The altar depicts the birth, the crucifixion and the resurrection of Jesus Christ. The two 68-foot tall towers in the front have statues of St Peter and St Paul on top, and the bell tower (88 feet high) has St. Thomas statue on top. There is also a depiction of Jesus's apparition to St Thomas.