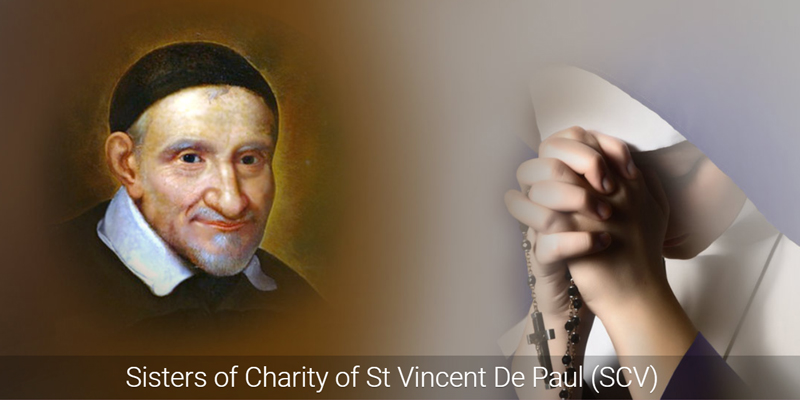 The Congregation of the Sisters of Charity of St. Vincent de Paul was found at Mananthavady in 1975 by The "Soeurs de La Charite" (Sisters of Charity) of Strasbourg, France, founded by Cardinal Armand Gaston de Rohan Soubise, Bishop of Strasbourg, in 1734, for the care of the sick and needy particularly the poor. The Congregation, popularly known as Vincentians, grew rapidly and spread from Strasbourg (France), to Germany, Austria and Italy. The houses founded in these countries developed themselves into independent foundations of the same Congregation. Inspired by the teachings of Vatican II, the Congregations sought ways and means to come again in close association with each other. This common endeavor led finally in November 1970 to the formation of Federation of Vincentian Congregations.

Within the Federation, the Mother Houses of Freiburg, Fulda, Heppenheim, and Paderborn had members from the different Syro-Malabar and Syro-Malankara dioceses in India. Their presence in the Congregations led them to think of founding their own houses in India. It was decided to found a filial house in India, in the eparchy of Mananthavady, in the Southern state of Kerala. The Holy see approved this new foundation of the filial house of the four member congregations of the Federation on 12th August, 1975, as the Sisters of Charity of St. Vincent de Paul ( SCV).

The charism of the SCV is to serve the sick, the poor and the needy with a compassionate heart as exemplified in the life of St. Vincent de Paul who believed that merciful love conquers the world. The SCV have the following Vision :see "Jesus, the Evangelizer of the poor" as a supreme value in their lives, and see themselves propagating the Kingdom of God by devoting themselves through the works of Christian Charity. "In serving the poor you are doing what the Son of God did while He was on this earth," St. Vincent de Paul.