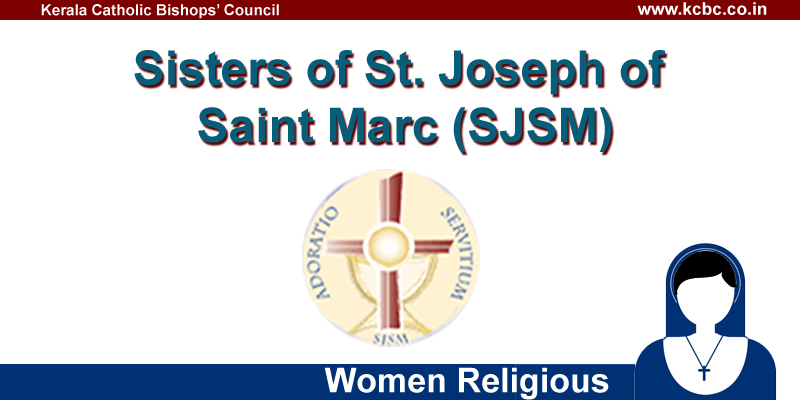 Fr.Pierre Paul Blanck, inspired by the love for God and His people, founded the Congregation of the sisters of St. Joseph of “Saint-Marc”, in the year 1845, in France. Fr.Pierre envisaged this community as a group of sisters with great love for the Holy Eucharist and enthusiasm for the service of the poor and suffering. The Charism of our Congregation is Perpetual Adoration of the Lord in the Most Blessed Sacrament and education of the children and taking care of poor and sick.

The motto of our Congregation is “Worship to service and service to worship”. The Eucharistic Worship leads the members to fraternal service. The Eucharistic mystery constitutes the central nucleus of the spirituality of the sisters of St. Joseph.

They contacted the Late Cardinal Mar Joseph Parekattil of Ernakulam-Angamaly Archdiocese and Late Archbishop Mar Antony Padiyara of Changanacherry Archdiocese. It was with great joy that Mar Antony Padiyara invited the sisters to open a house in his Archdiocese. A plot of land was bought on 17th December1976 at Puthussery, near Thriruvalla. In the following year on 14th of June, the foundation stone for the first house was laid by Mar Antony Padiyara .On 8th November 1977 Mar Antony Padiyara Blessed and inaugurated the house though the building was incomplete and on 18th March 1978 the Blessing of the chapel took place and the Divine Liturgy was celebrated.

Meanwhile His Grace Mar Gratian Mundadan of Bijnor Diocese welcomed the sisters to start a house in his diocese. Far away from the noise and conflicts of the world Vijo Bhavan was established at foot hills of Himalayas. The sisters drawing inspiration from the great tradition of our Motherland and strengthened by prayer and remaining true to the spirit of the Founder serve selflessly the poor and the suffering in this area.