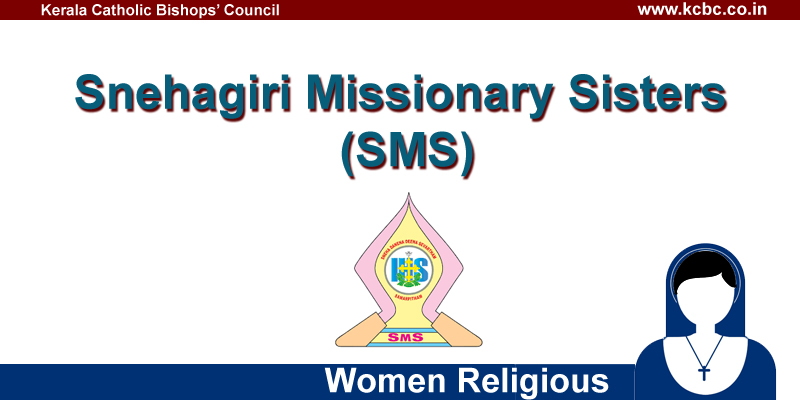 The stream of kindness and compassion poured out as the founder was the vicar of St. Mary’s Church Lalam Palai,. The pathetic sights during this evening walks shattered the calm sleep during the night. Because the wandering children in the street, without the care of a father, without the loving touch of a mother, having nobody to love, quarrelling each other made him discomfort. Dreaming the safe future of these children, Fr. Abraham planned to start a home for them and the generous people of his parish supported his humanitarian dream as they could, and on 5th April 1959 he started the first home for Boys - Boys Town. It was a shore of hope to many children who were destined to end their beautiful childhood through the streets.
The life of compassion spreads everywhere through the life of this good shepherd. A new house was started for the wandering girls in his own parish Kozhuvanal on 15th August 1963. Then the kind – hearted priest turned his attention to the desolated aged people and without delay, a home was build for them related to Boys Town namely Dayabhavan. Following the compassionate love of Jesus, he shared the compassionate love to the suffering without any barriers of cast, creed or religion. Within few years, the kindness and self-giving love broke the barriers of place and flourished to different parts of Kerala.
At this divine moment, the Holy Spirit evoked a new dream in his mind about starting a new Congregation for the care of this abandoned people. Inspired by the Divine call and spirit of the founder 10 young women came forward with a desire to dedicate themselves for God and the service of the poor. With the consent and blessings of the then Bishop of Palai, Mar Sbestian Vayalil, Fr. Abraham commenced a the first communityof Snehagiri Missionary Sisters.
The first 10 members committed themselves to Jesus through three vows obedience, chastity and poverty , in the congregation of Snehagiri Missionary Sisters at the Boys Town Chapel before the Patron Mar. Sebastian Vayalil on 11th May 1971. Thus the foundation stone of Snehagiri was laid. The seeds of the new community has sprouted and grown into a large tree within years and Snehagiri started her new missions in and around Pala, in and out Kerala and in abroad within few years . The growth and development of our Religious community during the last 49 years has been praiseworthy.
After the splendid service of 25 years, the Silver Jubilee of Snehagiri Communuty was celebrated in the year 1993-’94. Our revised constitution and statutes was approved by the Diocesan curia on 20 October 1994. As a reward to our humble service and constant prayers of the sisters, on 24th November 1994, the community of Snehagiri Missionary Sisters is raised to the status of an Eparchial Congregation in the Syro-Malabar Church.
Mar Joseph Kallarangatt, the Bishop of Palai on 1st March 2006 graciously permitted the snehagiri sisters to initiate the process of raising the Congregation to the Major Archiepiscopal Status. Our revised Statutes and Directives were approved by the Major Archiepiscopal curia on 15 August 2006. On 3rd September 2006, the Snehagiri Missionary Sisters are raised in to the Status of Major Archiepiscopal Congregation by His Beatitude Mar Varkey Cardinal Vithayathil, the Major Archbishop of Syro-Malabar Church. The 11th General Synaxis took place in the Generalate of Palai on 2nd to 9th March 2008. On 3rd March, 2008, the Congregation is structurally divided in to three Provinces namely, St. Thomas Province Pala, St. Mary’s Province Kothamanglam and St. Joseph’s Province, Malabar. In 2014 Snehathma Mission Region also formed.
St. Thomas Province
The tree of Snehagiri sprouted and branched out. St. Thomas Province Pala, the 1st province of the congregation of Snehagiri Missionary Sisters is officially inaugurated on 3rd March 2008. The province is spread in the dioceses, Pala, Changanacherry, Trivandrum, Mavelikkara, Pathanamthitta and in Sangli Mission in Kalyan diocese. Thereafter, 4 provincial chapters were held. Sr. Saumitha was the first Provincial Superior of St. Thomas Province. She was eleced for second term of three years. In the next two Provincial Synaxis, Sr. Archana was elcted as the provincial. Different provincial teams headed by these efficient Provincials, guided the province according to the wonderful plan of the Almighty God.
St. Thomas Province is the mother province of the congregation providing personals and most needy assistants. The charism of Snehagiri sprouted and grown up rooted in Pala and thus St. Thomas Province and her apostolic services remains as inspiration and boost to the tradition and culture of Snehagiri in to the other provinces and region.
The apostolate of this province is the upliftment of the least section of the society by running Homes for the destitutes, Cancer Care Homes, Social work, Parish work, Education, Press Ministry and the sisters are rendering wonderful services in various Ecclesial bodies like, Pastoral Institute, Office of diocesan press etc. A large number of sisters are dedicated themselves in the service of the poor. This Province has 13 Old Age Home, 5 Homes for children, 3 Homes for physically Challenged, 5 Home for Differently Abled, 3 Home for Mentally sick and 1 Special School. There are 39 convents in St. Thomas Province.
The sisters of our province are doing service in the three rites of Catholic Church in Kerala- Syro- Malabar, Syro- Malankara and Latin. There are 33 houses in Syro Malabar rite and the houses are extended in Pala, Chanaganacherry and Kalyan diocese in Maharastra. The 6 houses in Syro – Malankara diocese is spread out in Trivandrum, Mavelikkara and Pathanamthitta dioceses. The sisters of Santhinilayam Yendayar do service in the Latin parish at Yendayar in Vijayapuram diocese.
The presence and activities of sisters in the province could bring radical improvements in educational, cultural and social aspects of various villages in Kerala and Maharastra. The province celebrate its Province day on 3rd July. At present the province has 221 members in 39 Communities and in houses of abroad. By honoring all the previous Provincial Superiors and thanking the Lord with ardent love and gratitude, we owe to God the almighty for the successful journey of this province which continues