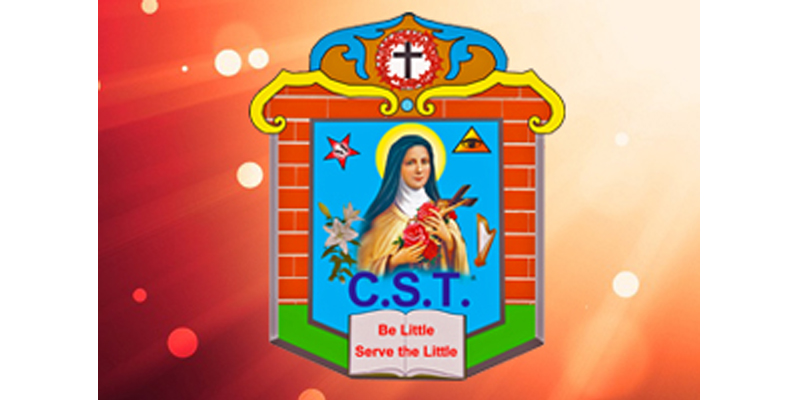 The Little Flower Congregation has its origin on 19th March 1931 at Mookkannur, a village 7 kilometres North-East of Angamaly, in the Archdiocese of Ernakulam, Kerala. It was started,as a Society of Brothers under the name ‘Little Flower Brotherhood’ admitting two candidates – Joseph Kachira (Bro. Benedict) and Joseph Nedumpuram (Bro.Arsenius) by late Rev. Fr. Thomas Panat, a priest from the Archdiocese of Ernakulam, who was later known as Fr. Basilius CST. He started the Brotherhood with the permission of Mar Augustine Kandathil the then Archbishop of Ernakulam.

As the founder, Rev. Fr. Basilius was all in all of this community. In spite of his whole-hearted, selfless and strenuous efforts and prayers for 15 years, he could not find a steady growth of this community. Therefore, in 1945 with the consent of the members who were all Brothers, Fr. Basilius sought the permission from the Archbishop to reorganize the Congregation by admitting candidates also for priesthood. On 27 December 1945 Archbishop Mar Augustine Kandathil gave permission to admit students for priesthood for better realization of the aim of the Congregation, especially the Missionary and Social Apostolate (cf. Ernakulam Missam January 1946). In June 1946 the First Batch of students for priesthood was admitted. The Constitution of the reorganized Religious Institute (thereafter called Little Flower Congregation) was written by Rev. Fr. Basilius and was approved by Archbishop Mar Augustine Kandathil on 8 October 1947. With the reorganization there emerged a new enthusiasm and vigour in the life and activities of the Congregation. New houses were established and members embarked on several new projects in accordance with the charism of the Congregation. A Petit Seminary was started at Mookkannur on 1 June 1948. The First Ordination to priesthood in our Congregation took place on 1 June 1956.

Hence by virtue of this decree His Eminence Mar Joseph Cardinal Parecattil officially and canonically erected the community of the Fathers as a Clerical Congregation iuris eparchialis on the 8 December 1978 and named it the Little Flower Congregation alias CST Fathers.

As per the instruction issued by His Eminence Mar Joseph Cardinal Parecattil along with the Decree of Erection, a General Synaxis was convoked in 1979 for revising the Constitution and Statutes. The Constitution and Statutes thus revised and finalized in the General Synaxis was approved by His Eminence Mar Joseph Cardinal Parecattil on 1 April 1981. The Legislative Texts were translated into English and submitted to the Congregation for the Oriental Churches together with an application to grant Pontifical Status to our Congregation. The Congregation for the Oriental Churches after careful study and thorough examination of the texts made certain observations and asked the Superior General to revise the Constitution and Statutes in accordance with the guide lines given. The Constitution and Directory revised following these guide lines, were approved by His Grace late Mar Antony Padiyara, the then Archbishop of Ernakulam (later Major Archbishop) on 14 February 1986.

On 19 June 1984 the Holy See erected the new Diocese of Gorakhpur, bifurcating the Diocese of Varanasi and Rev. Fr. Dominic Kokkat CST, who headed the Congregation’s missionary activities in the Diocese of Jalandhar, Punjab, was nominated its first Bishop. His Eminence late Mar Joseph Cardinal Parecattil ordained him Bishop at St. Mary’s Basilica Ernakulam on 4 October 1984. The Installation Ceremony took place on the 14th of the same month at St. Joseph’s Cathedral Church, Gorakhpur.

The same General Synaxis of 1991 in its fourth Session, in accordance with Codex Canonum Ecclesiarum Orientalium (Canon 508 § 2) and our Constitution Art. No.194, unanimously decided on 29 November 1991, to erect these two Regions into Provinces and to make the Punjab – Rajasthan Mission and Gorakhpur – Nepal Mission into Regions with effect from 19 March 1994.

Marking another milestone in the history of the Little Flower Congregation, His Holiness Pope St. John Paul II raised our Congregation to the Status of a Religious Institute of Pontifical Right on 21 December 1995 and the Decree declaring the elevation of our Congregation to the Pontifical Status was officially signed on 2 February 1996 by His Eminence Achille Cardinal Silvestrini, the Prefect of the Sacred Congregation for the Oriental Churches. And the Papal Decree was personally handed over to our Superior General on 10 February 1996 at St. Thomas Mount, Kakkanad, the Major Archiepiscopal Curia of the Syro-Malabar Church when His Eminence Achille Cardinal Silvestrini came to Ernakulam for the centenary celebration of the Archdiocese of Ernakulam. The public declaration of the Decree and the celebrations connected with it took place in our Generalate on 16 March 1996 in the presence of His Beatitude late Mar Antony Cardinal Padiyara, the then Major Archbishop of the Syro-Malabar Church.

It is a matter of great joy and edification for the entire Church and for the Little Flower Congregation in particular that our Patroness the ST. Little Flower was proclaimed Doctor of the Church in Rome on 19 October 1997 by His Holiness Pope St. John Paul II. The late Rev. Fr. Felix CST, the then Superior General took part in the ceremony.

As a new venture, our Congregation started mission works in the Diocese of Musoma, in Africa. The first 2 pioneer missionaries were sent on 5th August 1999. Now our priests do missionary apostolate in the Archdiocese of Songea.

In recognition of the missionary activities and heralding the further growth of our Congregation the X Ordinary General Synaxis of the Little Flower Congregation held at Little Flower Generalate, Thrikkakara in its second Session from 9 - 20 June 1997 in accordance with CCEO c. 508 §2 and our Constitution Art 193 and Directory Art. No. 49 unanimously decided to raise the Khrist Jyoti Region and Little Flower Region to the status of Vice-Provinces with effect from 2 January 2000.

As per the decision of the above mentioned General Synaxis of 1997, Khrist Jyoti Vice-Province and Little Flower Vice-Province were erected in our Congregation on 2nd January 2000.

The 12th Ordinary General Synaxis of the Little Flower Congregation was held at Little Flower Generalate, Thrikkakara, from 24th to 28th February and 14th to 21st September 2009. Certain amendments to the Constitution and Directory were proposed by this General Synaxis. The text was sent to the Apostolic See on 14th February 2010 for the approval. It was approved on 16 March 2010.On 1 October 2010 Very Rev. Fr. Mathew Kumpuckal CST, Superior General during a solemn prayer service in the chapel of our Generalate, promulgated this newly approved Constitution and Directory for the faithful observance of the members and thus to achieve an ever greater fidelity to our charism and apostolate.

The 13th Ordinary General Synaxis was held from 15 of February to 10 of November 2015. Fr. Basilius Memorial Museum was inaugurated and opened for the public on the commencing day of the Synaxis. The Synaxis framed certain changes in the Directory part of the Constitution and Directory and as endorsed by the Congregation for the Oriental Churches a new edition of the Constitution and Directory was published on the 03 July 2016. On 18 - 23 February 2018 there was Provincial  Synaxis - First Session in all the four Provinces simultaneously and elections were held to elect the new Provincial Administration Teams.

May our heavenly patroness St. Therese of Child Jesus and our beloved Founder Very. Rev. Fr. Basilius be our shining models of inspiration in our journey in the Spirit!