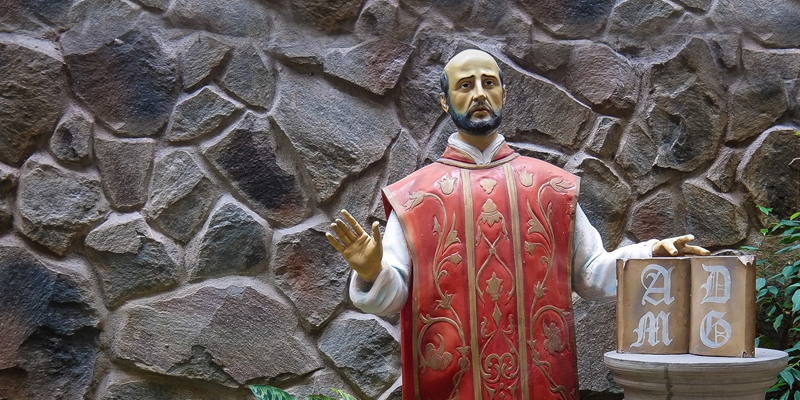 Jesuit presence in Kerala dates back to the times of St. Francis Xavier, the first disciple of St. Ignatius and one of the pioneers of the Society of Jesus. Since then, umpteen Jesuits have served in Kerala. In 1577 a Jesuit house was founded at Vaipikota near Cochin. Later this house was developed into a full-fledged seminary at par with similar institutions in Europe. Subjects like philosophy, theology and Latin were taught here.

Till 1601 the Society had only one Province in India, namely Goa. But in 1601, Malabar vice-province was established to organize the works of Jesuits in South India. Its headquarters was in Cochin. At that time Jesuits had houses in Cochin, Vaipikota, Cranganore, Calicut and Quilon.

In 1601, Kerala Church came under Jesuit Jurisdiction with the consecration of Fr. Don Francis Roz, S.J. He was the first Latin Bishop of the Thomas Christians. In 1606, there was a Jesuit house and a church at Tanur near Calicut. According to a catalogue, there were four Fathers working in three residences of Calicut, Tanur and Ponnani in the year 1612. Another important venture of the early Jesuits of Kerala was the College of Ambazhakad near Angamaly, started in 1662. Eminent scholars like Arnos Padiri, Constanzo Beschi (Tamil Scholar), St. John de Britto, and Stephen Joseph Bremer stayed in this college. It was destroyed during Tippu Sultan's Malabar raid.

Thus the 16th and 17th centuries witnessed very vibrant and dynamic Jesuit presence in Kerala. But that chapter of history comes to a close with the suppression of Jesuits all over the world in 1773. They were expelled from the Portuguese dominions even before 1760. With this, almost all the Jesuit institutions were closed down. Suppression put an end to the flourishing Jesuit missions and ventures.

But with the grace of God, the Society was restored in 1814. With the restoration, another phase of the Society of Jesus began all over the world. Perhaps the greatest contribution of the restored Society in Kerala is the diocese of Calicut. The first three bishops of the diocese were Jesuits.

The independent Kerala vice-province was formed in the year 1960. Fr. Joseph Edamaram SJ was the first Provincial of the new born Kerala province. The Province owes a lot to him for what it is today. Most of the Jesuit institutions and centres were started by him. His leadership was unparalleled and pioneering.

Fr. George Mutholil is the present Provincial.. At present there are about 200 Jesuits in the Province.