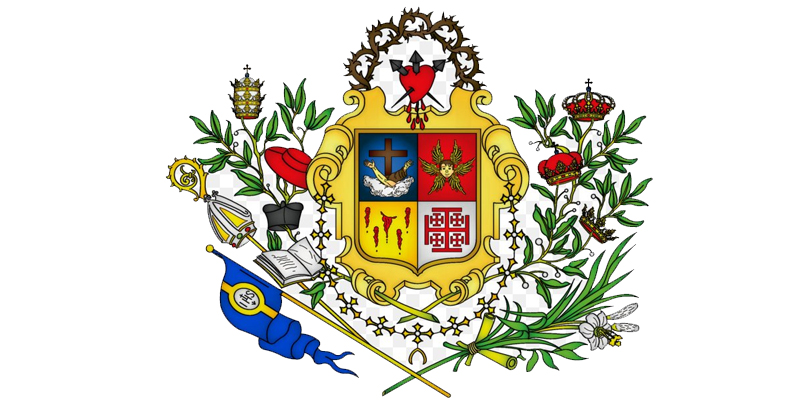 The most prominent group is the Order of Friars Minor, commonly called simply the "Franciscans." They seek to follow most directly the manner of life that Saint Francis led. This Order is a mendicant religious order of men tracing their origin to Francis of Assisi. It comprises three separate groups, each considered a religious order in its own right. These are the Observants, most commonly simply called "Franciscan friars," the Capuchins, and the Conventual Franciscans. They all live according to a body of regulations known as "The Rule of St. Francis".

The women who comprise the "Second" Order of the movement are most commonly called Poor Clares in English-speaking countries. The order is called the "Order of St. Clare" (O.S.C.).

The Third Order, or Third Order of Penance, has tens of thousands of members, as it includes both men and women, both living in religious communities under the traditional religious vows, as well as those who live regular lives in society, while trying to live the ideals of the movement in their daily lives.

Beginning of the brotherhood

sermon which Francis heard in 1209 on Mt 10:9 made such an impression on him that he decided to devote himself wholly to a life of apostolic poverty. Clad in a rough garment, barefoot, and, after the Evangelical precept, without staff or scrip, he began to preach repentance.

He was soon joined by a prominent fellow townsman, Bernardo di Quintavalle, who contributed all that he had to the work, and by other companions, who are said to have reached the number of eleven within a year. The brothers lived in the deserted lazar-house of Rivo Torto near Assisi; but they spent much of their time traveling through the mountainous districts of Umbria, always cheerful and full of songs, yet making a deep impression on their hearers by their earnest exhortations. Their life was extremely ascetic, though such practices were apparently not prescribed by the first rule which Francis gave them (probably as early as 1209), which seems to have been nothing more than a collection of Scriptural passages emphasizing the duty of poverty.

In spite of some similarities between this principle and some of the fundamental ideas of the followers of Peter Waldo, the brotherhood of Assisi succeeded in gaining the approval of Pope Innocent III.What seems to have impressed first the Bishop of Assisi, Guido, then Cardinal Giovanni di San Paolo and finally Innocent himself, was their utter loyalty to the Church and the clergy. Innocent III was not only the Pope reigning during the life of St. Francis of Assisi, but he was also responsible for helping to construct the Church Francis was being called to rebuild. Innocent III and the Fourth Lateran Council helped maintain the church in Europe. Innocent probably saw in them a possible answer to his desire for an orthodox preaching force to counter heresy. Many legends have clustered around the decisive audience of Francis with the Pope. The realistic account in Matthew Paris, according to which the Pope originally sent the shabby saint off to keep swine, and only recognized his real worth by his ready obedience, has, in spite of its improbability, a certain historical interest, since it shows the natural antipathy of the older Benedictine monasticism to the plebeian mendicant orders. The group was tonsured and Francis was ordained as a deacon, allowing him to read Gospels in the church.

Francis had to suffer from the dissensions just alluded to and the transformation which they operated in the originally simple constitution of the brotherhood, making it a regular order under strict supervision from Rome. Exasperated by the demands of running a growing and fractious Order, Francis asked Pope Honorius III for help in 1219. He was assigned Cardinal Ugolino as protector of the order by the Pope. Francis resigned the day-to-day running of the Order into the hands of others but retained the power to shape the Order's legislation, writing a Rule in 1221 which he revised and had approved in 1223. At least after about 1223, the day-to-day running of the Order was in the hands of Brother Elias of Cortona, an able friar who would be elected as leader of the friars a few years after Francis' death (1226) but who aroused much opposition because of his autocratic style of leadership. He planned and built the Basilica of San Francesco d'Assisi in which Saint Francis is buried, a building including the friary Sacro Convento, which still today is the spiritual centre of the order.