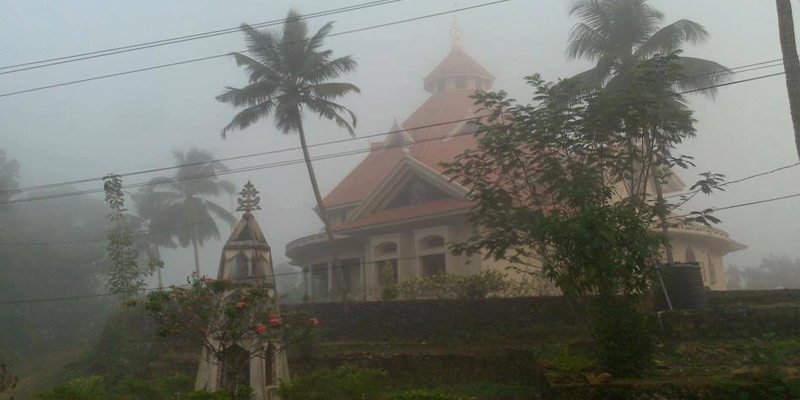 History of Christians here starts from the arrival of St. Thomas the Apostle. The apostle reached Nilakkal at 52 AD and started a Christian Community here. At that time, Nilackal was a 'Trade City' having trade relations with "Pandi-chola" states and 'Venadu'. There were 'Palace Roads' from their countries to 'Nilackal Thavalam' which were illumined by great lights (ex. Keralachaitram : K.P. Padmanabhan P. 145. Thiruvithamcore State mannel Vol. 1-p. 665 Vol. 2-p. 128) Since Nilackal was a vast region, there were many Christian churches here. Place here were known after the churches there. Even now places in the forests are called Plappally, Thulappally etc. The head Church of all these small churches was called 'Thalappally and later as Thulappally. (cfr. History of Christianity in Kerala by Nagamayyas P. 136). Old tombs of Christians are seen even now in the forest area near the present church unfortunately the invasion of some alien force called 'Vakkrippali attack' the inhabitants of Nilackal fled to other places such as Kanjirappally, Aruvithura, and other parts of the Meenachil . Nilackal is also called 'Chayal' since the place slopes towards the River 'Pampa'.

After a long time migration started to these remote places. It started as early as 1938. The recession felt in the socio-economic spheres after the first world war stimulated the migration to the hilly regions from the places. The majority of the immigrants were Nasranis of Malankara Mar Thoma Syrian church (One of the St Thomas Christian Church) and non – Christians, a substantial number of Catholics also came to those Hillocks. They soon felt the strong need for a Church to meet their spiritual as well as social needs.

A Catholic parish was set up under the leadership of Fr. George Ponnadathukallel. This church was actually dedicated for St George. They offered the first Qurbana in a temporary chapel on 12 February 1955. In 1960 it was officially given the status of a parish and Fr. Joseph Kalayil was appointed as the first Vicar.