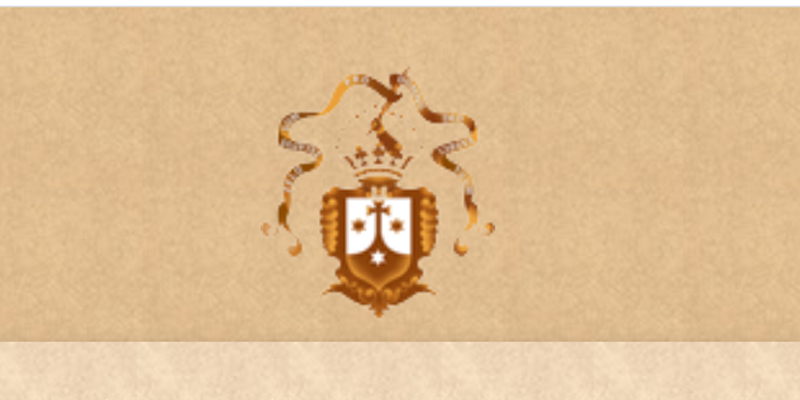 The Discalced Carmelites came to India in the beginning of the 17th century. They founded their first residence at Tatta in Sind, now in Pakistan, and the second, in Goa in 1620. The missionary activities of the Carmelites extended to the great Mughal Empire, Goa, Surat, Bijapur, Bombay, Karwar etc.

At the request of the Archdeacon Thomas Parambil in the name the St. Thomas Christians, Pope Alexander VII sent two groups of Discalced Carmelites to Malabar in 1656, one under Fr. Hyacinth of St. Vincent by sea and another under Fr. Joseoh of St. Mary , later known as Msgr. Joseph Sebastiani by land, to settle the dispute and bring harmony between the St. Thomas christians and their Jesuit Archbishop of Cranganore. Though intended as a temporary mission, events turned in such a way that the Carmelite mission in Kerala came to be permanent. They have made significant contributions to the Church in Kerala by their persistent activities especially in the pastoral care of the faithful, reunion movement, evangelization of non-christians, formation of native clergy, founding of the native religious congregations and socio-educational activities.

The work of the Carmelite missionaries in India could not be considered complete without the establishment of the Carmelite Order in the country. The initial attempts to start a Novitiate for the natives in the second half of the 19th Century were unsuccessful.Msgr. Ladislaus Zaleski, the Papal Delegat and Carmelite Secretary, Fr. . Aloysius  Maria Benziger, OCD, later Bishop of Quilon (1905-1931), repeatedly requested the Superiors of the Order to take necessary steps to open the door of Carmel to the Indians. The Province of Flanders in Belgium took initiative to found a Novitiate House in India for training the natives. Accordingly on March 10, 1901, a group of three religious, Fr. Pauline,

Fr. Philip and Br. Arnold from the Flanders Province, were sent to Quilon with the mission of founding a Novitiate. They reached Quilon on April 14, 1901 and Msgr. Ferdinand Ossi OCD, Bishop of Quilon, cordially welcomed them. They tried to settle at Alenchi, near Colachal, in a property called, “Alanchicaud”. At the request of Rev. Fr. Thomas Michael, the Provincial of Flanders Province, the Sacred Congregation of Propaganda Fide issued a rescript on March 8, 1901, granting him permission to start a regular Monastery with Novitiate at Alenchi or at another more suitable place in the same diocese of Quilon.

As Alenchi was not found very conducive for a regular Monastery with Novitiate, Fr. Pauline and his companions went in search of a more suitable site for the new foundation. The final choice of the site for the Novitiate fell on the place called Cotton Hill in Thiruvananthapuram, which was christened Carmel Hill. Soon a mud-walled house was put up with a small chapel attached to it. On March 19, 1902, Msgr. Ferdinand Ossi, Bishop of Quilon, blessed the little chapel and opened the house. The house was canonically erected into a monastery and was put under the patronage of Blessed Dionysius and Redemptus. Fr. Philip was appointed Superior of the newly erected Monastery and he was in charge of construction of the new Monastery and Church. The new building was blessed on May 13, 1906, by Msgr. A. M. Benziger, Bishop of Quilon. The monastery church was consecrated by the same Bishop on April 21, 1910 and was dedicated to the Holy Family. The Monastery of Carmel Hill was declared a Novitiate House on August 9, 1911 and Fr. Peter Thomas was appointed first novice master. A few young men were admitted as Postulants, but none of them persevered and the novitiate was closed temporally.

when seven clerical and one non-clerical postulants were admitted to the canonical novitiate. Vocations were promoted irrespective of rite and region of origin of the candidates. The first novices made their religious profession on June 3, 1929. Fr. Constantine of Flanders Province (Belgium) was the Superior of the house and Fr. Lucas of Burgos Province (Spain) became the Master of Novices. They continued in their respective offices until the administration of the Semi-Province was fully handed over to the Indian Carmelites.

On December 3, 1929 the Mission residence of the Flanders Province at Thuckalay, canonically erected in November 1913, was handed over to the Indian Foundation. Keeping the existing Residence intact, a monastery was constructed parallel to the Residence which was declared study house for the theology students in December 1933. Rev. Fr. Xavier of Flanders Province was elected as Prior. Carmel Hill monastery served as Novitiate as well as Study House of Philosophy Students. The Provincial of Flanders Province appointed Rev. Fr. Constantine as Delegate Provincial for the two Indian Monasteries of Carmel Hill and Thuckalay. Rev. Frs. Xavier and Lucas were his Councillors.

In view of establishing an Indian Province of the Order, the monasteries at Carmel Hill and Thuckalay were separated from the jurisdiction of the Flanders Province and brought directly under the General Definitory in Rome on April 24, 1936. By the initiative of Rev. Fr. Gulielmus, the then Superior General, the Semi-Province of Malabar was canonically erected under the patronage of Our Lady of Mount Carmel on February 10, 1937. However, for vaious reasons the execution of the Decree was delayed for ten years.Meanwhile a foundation was opened at Margao, Goa, in 1938, teh first house of the semi province out side Malabar.

The Superiors of the Order took necessary steps to make the nascent Indian Semi-Province autochthonous. On the basis of the recommendation of Fr. Boniface, the then Provincial of Flanders, appointed as Visitator General, the General Definitory decided to execute the decree of erection of the Semi-Province of Malabar handing over its regions to the Indian Carmelites on January 21, 1947. Fr. Eliseus Malamackal was appointed Vicar Provincial.On that occasion the House at Goa was separated from the Semi-Province and was put directly under the Province of Flanders.

The First Provincial Chapter of the new Malabar Semi-Province was held from 16th to 20th April 1948 at Carmel Hill Monastery, Thiruvananthapuram.

Rev. Fr. Eliseus was elected Vicar Provincial, Frs. Martin and Joseph were his Councillors. Fr. Angel Mary (Thuckalay), Fr. Archangel (Thiruvananthapuram), Fr. John of the Cross (Ernakulam) and Fr. Thomas (Varapuzha) were elected local superiors and Fr. Andrew, Novice Master. It may be noted that the Discalced Carmelites were the first among the religious Orders working in India to establish a separate Province for the Indians and to indigenize that Province.

Rev. Frs. Constantine and Xavier of Flanders Province and Rev. Fr. Lucas of Burgos Province are hailed as architects of Malabar Province. Msgr. Aloysius Maria Benziger, OCD as a zealous carmelite and as the local Ordinary was solidly behind all efforts for this first Indian Province of the Carmelite Order. We also gratefully remember all the Carmelite Missionaries of different provinces who were instrumental in building up Malabar Province.

Like any other institution, Malabar Semi-Province also had its period of trial mainly due to the presence of the members of different rites and regions. In 1950 Fr. Engelbert, Vicar Provincial of the Trivandrum Mission, was appointed by the General Definitory as Commissary. After the pastoral visitation made in 1956, Rev.Fr. Anastasius of the Holy Rosary, the then Superior General, ordered to close down all the formation houses. The Mother-Province of Flanders generously accepted all the religious under formation for completion of their courses. Fr. Aurelian, (from the province of Navarra), Rector of the Seminary at Alwaye, was appointed as Delegate General for the Province. He was succeeded by Fr. Michael Angel (from the Province of Navarra) in 1963, who continued in his office till he was elected Superior General in 1967.

The Divine Providence arranged the course of events that Fr. Anastasius, the same Superior General, ordered to re-open the formation houses in 1961. This marked the beginning of the second spring of the Province and vocations began to flow into the Province ever more increasingly. New Monasteries were founded in and outside Kerala. On July 8, 1967, the Semi-Province of Malabar was raised to the status of a Province by the General Chapter.

In April 1981 during the pastoral visitation, Rev. Fr. Philip Sainz de Baranda, the then Superior General, effected certain internal arrangements based on the rite and region of the region of the Province for the growth and developement of Carmel in India. Thus Varapuzha unit of the Order was formed with the monastery of Varapuzha as headquarters for those members of the Latin origin from Kerala who opted for it.   This unit grew steadily and now has become   a    Province. It is known today as South Kerala Province.

Tamilnadu General Delegation was also formed in the same manner with four houses from Malabar Province and two, from Manjummel Province with the Tamil – speaking members from both provinces who voluntarily opted for the Tamilnadu General Delegation. This unit also grew fast and was raised to the status of a Province. It is today known as Tamilnadu Province. The Malabar Province handed over all its houses in Tamilnadu to the new Province.In the same year the Goa foundation, grew under the protection of the Province of Munjummel, was created as a Province with the name province of Karnataka Goa.