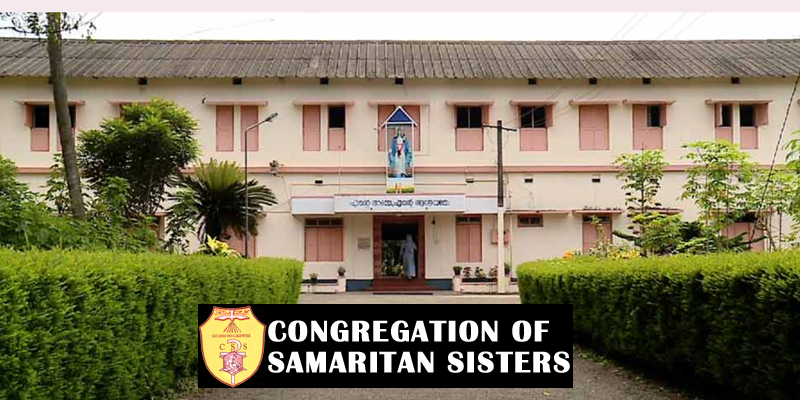 “Go into all the world and proclaim the good news to the whole creation’ (Mk 16:15)

It was probably these words of the Lord Jesus that motivated the Apostle Thomas to bring the good news to our land of Malabar as early as in 52 AD. Over the centuries, the members of the Syro- Malabar Church in their quest for following the example of their founder, the apostle Thomas, have been exploring new ways and means of sharing the good news with all of God’s people, taking into account their needs and the signs of the times.

In the last century, in the 50’s and 60’s as the number of wandering lepers increased in and around the town of Thrichur, and as hardly as anyone was willing to care for these people, Rt. Rev. Msgr. Paul Chittilapilly (1909 – 1981) a priest of the Syro - Malabar diocese of Thrissur, came on the scene as the saviour of these destitute people.

Avittathur of Irinjalakuda was the land that was graced to give birth to Msgr. Paul Chittilapilly. He was born on 1st July 1909 as the second child of Thommana Lonappan and Mechery Thressia, and ordained as a priest on 17th December 1939. Filled with the compassionate love of Jesus and wanting to bring the good news also to these derelicted leprosy patients, he did not only minister to them personally but also opened for them a shelter under the name “Damien Leprosy Institute” in 1953 in the suburbs of Thrissur.

In the initial stage three sisters from the Congregation of Sisters of charity; Sr. Ignatia, Sr. Cyril and Sr. Berchumans came forward for the service at Damien Leprosy Institute. As the number of leprosy patients increased and volunteers to care for them were few, Msgr. Paul Chittilapilly thought of starting a new congregation of sisters for socio medical apostolate in general and for ministering to the leprosy patients in particular. With the canonical permission of the Sacred Congregation for Oriental churches, the new missionary congregation of Samaritan Sisters, under the syro – Malabar diocese of Thrissur, was officially established on 25th January 1961.

In founding the new congregation, Msgr. Paul Chittilapilly was particularly paying heed to the Lord’s command, “Go and Do likewise” (Luke 10: 37) in the parable of the Good Samaritan. This is the motto of the congregation. He realized also that the good news in his time and place had to be more urgently proclaimed through the merciful and compassionate love and care of the deserted leprosy patients as well as of others in similar need or situation.

At the same time Msgr. Paul Chittilapilly envisaged that the Samaritan Sisters has to be a missionary congregation, constantly expanding the field of service to those in need in general, both inside as well as outside the country, in different areas of medical care and social service, without neglecting the original mission. Congregation of Samaritan Sisters is a major archiepiscopal congregation belonging to the Syro - Malabar Church, which has the unique honour of being founded by St. Thomas, the Apostle of Jesus Christ.

History of the Congregation

The Congregation of the Samaritan Sisters (CSS) is a religious congregation of the Syro- Malabar church dedicated to Christ and the Church through the evangelical counsels of chastity, poverty and obedience. They find fulfilment in their life through dedicated service to the poor and the sick. The lifestyle of the CSS is one that integrates prayer and practice.

A vision born on these words of Jesus to establish the kingdom of God on earth through the ministry to the poor and marginalized especially those afflicted by leprosy.

Trichur town being a business centre experienced a steady flow of leprosy patients, even from neighbouring states. Fr. Paul who was a lecturer in Chemistry at St. Thomas College, Thrichur was touched by the misery of these people. His heart went out in compassion and love for these patients and he ministered to them in great measure and that led him to the foundation of Damien Leprosy Institute at Mulayam. Three nuns from the Sisters of charity namely Sr. Cyril, Sr. Berchumans, Sr. Ignatia came to help him when he started the institute. The number of patients increased. He needed more helpers.

Fr. Paul felt the need of a new religious Congregation who would take care of the lepers. With the permission and support of Mar George Alappatt he began to initiate the formation of a congregation. Many young women heard the challenging clarion call and responded positively. Fr. Paul continued his efforts to get the Canonical permission to start the new congregation. On December 23 rd, 1960 the Sacred oriental Congregation gave the ‘Nihil Obstat’. On 25th January 1961, the feast of the conversion of St. Paul, the apostle of the gentiles the Congregation of Samaritan of Sisters was officially instituted as a missionary religious Congregation of the Syro- Malabar Church. On 14th December 2001 the Congregation was raised to Major Archiepiscopal status by His eminence Mar.  Varkey Cadinal Vithayathil, Major Archbishop of the Syro - Malabar Church.

Scope of the Congregation

The Congregation of the Samaritan Sisters that began with the special charism of ministering to the lepers has outgrown into other areas of ministry of medical and social care of the less privileged. Our mission is to share the love and compassion of Jesus with anyone in need through the service of mercy with the attitude of the Good Samaritan.

To the Question o f the young man in the Gospel, who is my neighbour? Jesus narrates the parable of the Good Samaritan and says to the young man “Go and Do likewise” (Luke. 20: 37). This is the motto of the Congregation, to be the channel of the compassionate love of Jesus.

Spirit of the Congregation

The special spirit of our Congregation is mercy toward the people suffering physically, mentally or spiritually. As Jesus said “Be merciful even as your heavenly father is merciful (Luke: 6:36), the aim of our apostolic (mission) activities is the holistic liberation of humanity (C: 1.8).

We, the members  of the Congregation of Samaritan Sisters, spread out  in  different  parts of the world with multi-cultures and languages,  aim at offering the compassionate love of Christ to all those in need: the poor, the sick and the down trodden through our loving service in the spirit of our father and  Founder .

We seek to accomplish this through quality formation and professional training of the members, by deepening our personal relationship with God, through continuous prayer, by building up sisterly communities, by being open to the needs of the local church and of the society. In this way we live our motto “Go and do likewise” and become messengers of Christ’s love as the ‘Good Samaritan’.

Sisters grew in number. Expansion was inevitable. Besides leprosy hospitals and mobile clinics, general hospitals, Home for the aged and destitute, hostels for women, social centers, school for the mentally and physically challenged children, Nursing school, College of nursing, Rehabilitation centers, HIV/AIDS centres etc were established. Invitations came in from southern and northern states of India.

Msgr. Paul Chittilappitlly, a zealous missionary after the heart of his patron St. Paul, started the second house of the Congregation in the diocese of Jamshedpur in 1967. During his lifetime itself the congregation has its presence in the dioceses of Thrissur, Irinjalakuda, Palakad, Jamshedpur, Ranchi, hazaribagh, Raipur and Raigah. The coming years saw a steady growth of the Congregation both in quality and in quantity.

In 1995, the Samaritan Sisters arrived in the diocese of Munster, Germany to render services in St. Willbrord’s Hospital at Emmerich. The pastoral service at Santa Maria in Betlen Church in Pavia Diocese, Italy was started in 2005. In 2010 we have extended our medical services to Communio in Christo, Mechernich of Aachen diocese, Germany. In 2015 a new service centre was opend in Tortoli, Sardinia in the diocese of Lanusei. As a token of appreciation of the services in comminio in Christo, they have given another extension centre in Blankenheim, in diocese of Aachen, Germany in 2018.