Congregation of the Sisters of Nazareth (CSN) 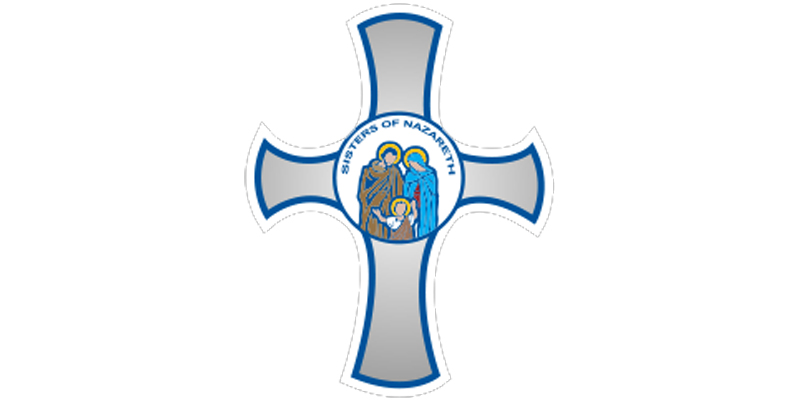 The Sisters of Nazareth roots can be traced back to 1851 when Victoire Larmenier, a young novice in Rennes, France was sent to England. 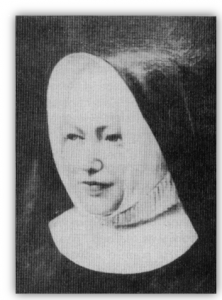 Victoire Larmenier was born on 21st July 1827 at Liffré, near Rennes which is the capital of Brittany in France. Her father was a marine carpenter and wood trader, and the family lived comfortably in a small hamlet on the fringe of the Liffré state forest. She was educated at the village school until her early teens. After the death of her father in 1838, and the re-marriage of her mother a few years later, she was sent as a boarder to the Ursuline convent at Vitré. There she received a sound secondary education with some emphasis on commercial subjects. After leaving school she worked in Liffré at her step-father’s tailoring business as a secretary and book-keeper. Working in Rennes in 1845 Victoire left home and set up a small haberdashery business in Rennes. Her shop was in the parish of Toussaints in the poorest part of the town. It was here that her religious vocation developed under the influence of Father Gandon, one of the curates.

After a few months in the novitiate Victoire and a party of four Sisters were sent from Rennes to start a foundation in London. This was in response to a request from the London branch of the Society of St. Vincent de Paul, strongly supported by Cardinal Wiseman, first Archbishop of Westminster. Within a few months she was appointed Superior. The foundation community, despite its lack of resources, gradually gathered poor old people into its care.

After three moves in central and west London, the Sisters eventually managed to build the first Nazareth House at Hammersmith, which opened in October 1857. By this time, the Sisters were also caring for poor and infirm children, greatly supported by Father Claude Bernin.

In 1861, the Holy See allowed the Hammersmith community to separate from the Little Sisters of the Poor as an independent pious society of laywomen. After three years the London sisters were recognised as a diocesan religious community under the title Sisters of Nazareth.

Within a short period, the mission had extended and houses were opened in Aberdeen, Scotland in 1862; Cardiff, Wales in 1872 and Belfast, Northern Ireland in 1876. Under the leadership of Victoire a total of eight Nazareth Houses were founded in England, Scotland, Wales and Ireland.

In June 1878 Victoire Larmenier died leaving behind the strong roots that she had established.

The Congregation continued to expand, this time globally. It was in 1882 that the first Nazareth House in South Africa was founded, in Cape Town. In 1888 the first house opened in Australia, in Ballarat and in 1905 the first was opened in Christchurch in New Zealand. The first presence in America was in 1924, in San Diego, followed in 1937 by a house in Harare, Zimbabwe. The houses were organised into regions in the 1960’s.