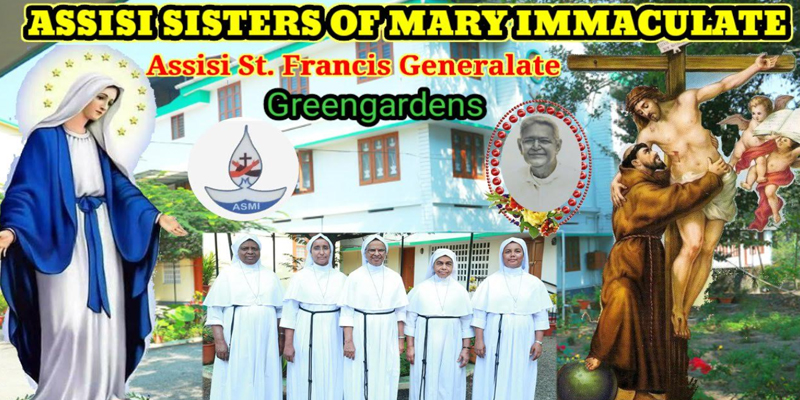 The Congregation of the Assisi Sisters of Mary Immaculate was founded by Very Rev. Msgr. Joseph K.W. Thomas, a diocesan priest of Ernakulam - Angamaly ArchDiocese, on 2nd April 1949, at Greengardens, Cherthala, Kerala, India. The founder adopted Mary Immaculate as the patroness and St. Francis of Assisi as the patron of the Congregation. The charism of ASMI is to follow the humble poor and crucified Jesus and radiate His compassionate love in joyful service to the sick, needy, poor and rejected of society especially the leprosy stricken brethren. Through their medical, educational, pastoral, social ministries and evangelization the sisters care for, console and heal them as Jesus did; make them experience the compassionate love of the Heavenly Father and prepare them for His Kingdom. The Congregation was raised to the status of Pontifical Right, on 28th April 1986, by His Holiness Pope John Paul II. Now the congregation has four Provinces and three Regions. We are blessed today with 900 members .