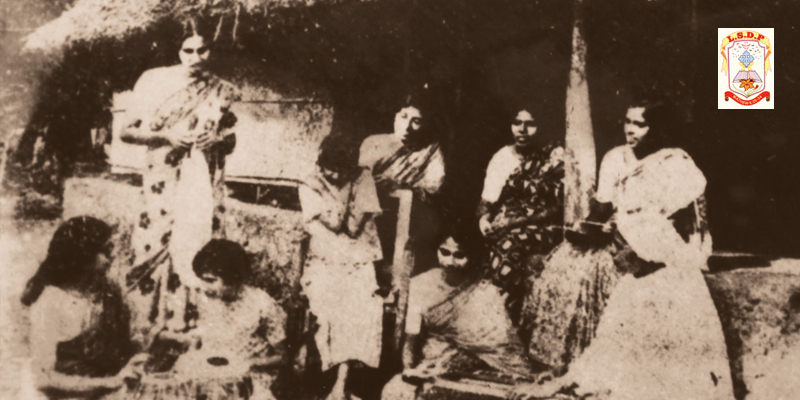 The Lord revealed to Sr. Litty the need of dedicated girls to look after the mentally challenged residents whose number was on the increase. Eventually she felt the need of starting a religious community. Sr. Litty approached the Archbishop and brought the matter to his notice. The Archbishop graciously gave her permission to start ‘The Little Servants of the Divine Providence’ as a ‘Pious Union’ on December 08, 1978.

On 17 January 1980 Sr. Litty got dispensation from MSJ Congregation. On the same day she made her perpetual profession in the new community during the Holy Mass celebrated by Mar Antony Padiyara in the chapel of the Archbishop’s House. In the course of time, the first batch of six novices had their Vestition and First Profession in the parish church of Kunnamthanam in which the Archbishop himself was the celebrant.

The merciful God granted this Congregation the grace to build a house of its own at Kunnamthanam in the one acre of land donated by the Archdiocese of Changanassery with the generous help of benefactors. On 19 May 1981 Archbishop Mar Antony Padiyara blessed the new House. Today, this house at Kunnamthanam functions as the Generalate of LSDP Congregation.