Congreation of the Carmelite Religious CCR 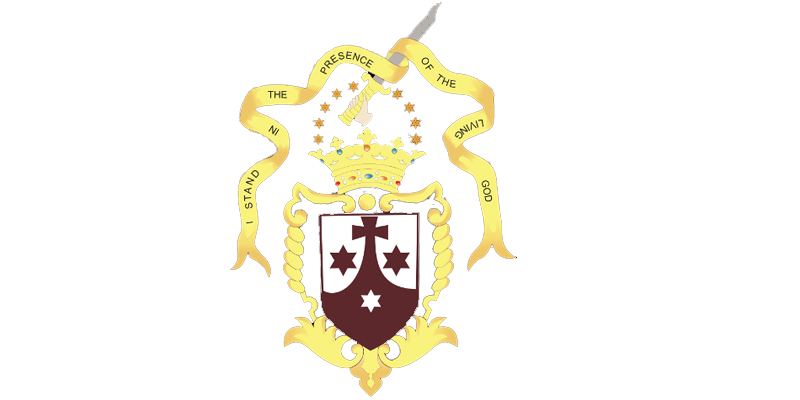 The Congregation of the Carmelite Religious (CCR) began to exist on 16th July, 1868, the Feast of Our Lady of Mt. Carmel. It was founded for the spread of God’s Kingdom through quality Catholic education for girls and other works of mercy in order to promote life in all its dimensions and safeguard the dignity of every human person in the Indian missions.

Our beloved Foundress Mother Veronica was an Anglican by birth, a catholic by conviction and a religious by choice. Her father, the Anglican pastor Rev. Daniel Leeves had an edifying influence on his family and impressed upon his children the virtues of piety, charity, search for truth and knowledge. Sophie grew up cultured and highly accomplished. Knowledge of Greek and music were part of her erudition. Sophia’s questioning mind and her forthright nature made her examine the tenets of her Faith and slowly she found herself drawn to Catholic doctrines, to the Blessed Mother, the Saints and the Sacraments. Sophie was also deeply aware of the powerful presence of God’s grace in her life. At the age of seventeen she experienced a direct communion with Christ who blessed her with His Peace. Thus her search for the True Faith led her to Catholicism and her resolve to live a life close to Christ made her break off her engagement to a naval officer and initiate her entry into the convent of the Sisters of St Joseph of the Apparition in 1850.

To suffer for Christ, to live a life of contemplative prayer, to do penance was her fervent will as a religious. But her superiors soon recognised her strengths and she was assigned to teaching and caring for the sick. Sister Veronica was indispensable from the start at Athens, later Rome, and Tremoral in France. In 1862 Mother Veronica landed on the coast of Malabar to set up a new foundation in Calicut. St Joseph’s Convent was opened in Calicut with Mother Veronica as superior.

India was a turning point in Mother’s life. It was here she first heard her interior voice calling her to Carmel. It was here that she first met Fr. Marie Ephrem who would later become her spiritual guide and advisor, facilitate her entry into Carmel and help her in the formation of the Third Order of Mount Carmel. It was here that she started a community, settled its affairs and trained the young local women whom she recruited to be religious, an experience which came useful later on in Bayonne. Two years later Mother was transferred to Rangoon and later in 1865 back to her native land England.

Mother Veronica’s desire to enter the Carmelite Order was fulfilled in 1867 and immediately, together with Bishop Ephrem she began to envision the foundation of the Third Order Apostolic of our lady of Mount Carmel. Here she drew up the constitution for the Third Order. In 1868 the order was established at Bayonne to nurture and educate sisters for the mission fields in India. These sisters would serve the educational needs of women in India who required empowerment through education. Sisters who joined the convent were trained personally by Mother Veronica in the Carmelite charism of productive work upheld and buttressed by constant prayer.

In 1870 the first batch of Carmelites left for India and the Apostolic Carmel Congregation was established in Mangalore. The Carmelite Tertiaries at Mangalore, the Carmelites at Tellichery and Calicut joined them. In 1873 much to Mother Veronica’s chagrin and disappointment the Little Carmel at Bayonne closed down. Mother Veronica could no longer send any sisters to India. Neither could she have any direct contact with her congregation. Mother returned to the Carmel of Pau

A floundering infant foundation: a foundress who spent a very short time shaping and guiding it: obstacles to its survival in India, seemed insurmountable and yet almost like a miracle it survived. In retrospect we realise that miracles were often a part of Mother’s life. The Grace of God worked within her. Her deep faith determination and perseverance bequeathed a legacy, far beyond her imagination to the world.

And so the congregation grew in India. In 1875, an Apostolic Carmel foundation opened at Carmel. In 1880 Mother Mary Elias founded the Convent of Holy Angels’ at Trivandrum. In 1885 the convent of Our Lady of Mount Carmel at Tangacherry was established by Bishop Marie Ossi D.C. In 1908 the convents at Trivandrum, Quilon and Tangacherry were amalgamated under the name Third Order Apostolic or our Lady of Mount Carmel of Trivandrum. Later they came to be called the congregation of Carmelite Religious. (CCR)

The extent of Mother Vernonica’s humility was such that she would never have recognised nor even acknowledged the fact that it was through her that generation of girls received the light of education and still continued to do so in a country that she had grown to love. Her last days were spent as a saintly cloistered nun at the Carmel of Pau. For twelve years she was at Bethlehem where she helped to establish the foundation of Carmel of Bethlehem. She faced trials, several of them as before but God continued to bless her with peace and fulfillment. The end came on 16th November 1906. Mother Veronica had fought the good fight, finished the race and kept the faith. It was time to meet the Saviour.

Teresa Devine / Mother Mary Elias was one of the first postulants to enter the novitiate of St. Joseph at Bayonne. She was an excellent subject who was grounded well in her vocation by Mother Veronica. She made her profession on June 10, 1870 and was sent to the Indian Mission at Mangalore.

As Mother Elias left the novitiate, little did she imagine that one day along with Sr. Marie des Agnes, she would spear head the congregation that Mother Veronica had established, and raise it to great heights. When the Mangalore diocese changed hands with the Jesuit Fathers, Mother Elias opted to work under the Carmelite missionaries of Quilon. Permission was granted and Mother came to Trivandrum and established the Holy Angels’ Convent.

From then on, despite difficulties and straitened circumstances it was a big success story. The convent proved to be a boon, both to the church and the people of Trivandrum-- accolades for the school, cent percent success in the exams, recognition for the Matriculation Exam (1885), establishment of the Normal School (1894), ranks for students, High School raised to a Second Grade College affiliated to the Madras university (1899) and finally praise from the Maharaja of Travancore who sanctioned Rs 100 as annual grant.

On the mission front, Mother’s sympathy for the destitute and the poor resulted in the empowerment of girls. Girls were taught to earn their livelihood. They were married off to respectable Christian men and their families were baptized.

From Trivandrum, Mother moved to Australia to teach in the college of our Lady of Mercy at Bunbury, where she continued her missionary work. Later in 1917 she volunteered to render help to the Sisters of Abbot Catalan in St Josephs Orphanage for Aborigines where she worked selflessly till the very end. At the age of 94, after having rendered “great service to the congregation” as OCD Prior General Very Rev. FR. Dominic had prophesied, Mother Elias went to her heavenly abode. For sixty five years this “Irish lady”, as Mother Veronica fondly used to call her, had carried out the work of the Almighty and she was buried in a far away land in her brown Carmelite habit.