Franciscan Sisters of the Immaculate Heart of Mary 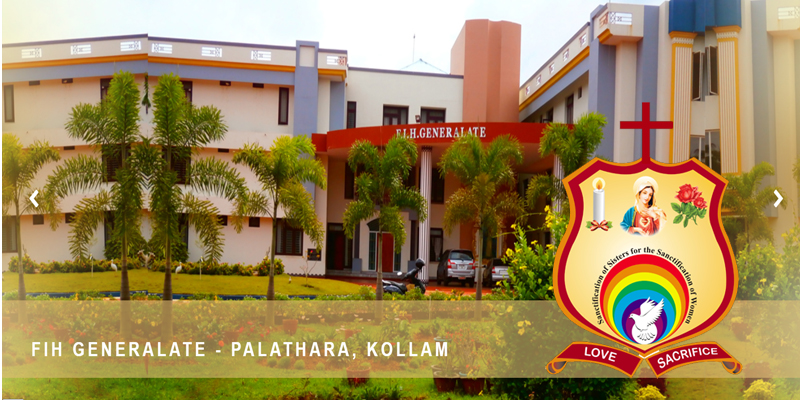 The Congregation of the Franciscan Sisters of the Immaculate Heart of Mary was founded in Pondicherry in the year 1844 by Rev. Fr. Louis Savinien Dupuis MEP, a French Missionary. It began with four members professing a life after the manner of St. Francis of Assisi. The founder inculcated on the first members love for the poor, simplicity of life and zeal for the education of women are special objectives of the congregation. By these he wanted to nurture genuine Christian piety in families. It was an irreparable loss to the congregation when the able guide and leader Rev. Fr. Louis Savinien Dupuis the founder of the congregation, who was popularly known as the 'Man of Providenc' was called to his eternal abode on 4th June 1874.

On July 26th 1907 Rt. Rev. Dr. Aloysious Maria Benzigar OCD, Bishop of Quilon brought a community of sisters from Pondicherry to Kanjiracode in the Diocese of Quilon, chiefly to attend the education of women. Between 1907 and 1945 four more communities were formed. On 17th March 1947, His Excellency Rt. Rev. Dr. Jerome M. Fernandez, Bishop of Quilon inaugurated and declared the Congregation of the Franciscan Sisters of the Immaculate Heart of Mary, Quilon as an independent Diocesan Congregation. Thus a new branch was sprout out from the mother tree at Pondicherry. Our Founder: 'Servant of God', Louis Savinien Dupuis was born in 1806 at Sens in France. After his studies, he became a Diocesan Priest and worked as prefect in the seminary and secretary to the Bishop. In 1831, he joined the Society of Foreign Missions and then came to Pondicherry. After having worked for a few years at Bangalore, he came back to Pondicherry and accepted the responsibility of editor and manager of the Mission Press. He worked there with great zeal and wrote many spiritual books. As it was decided in the Synod of Priests held at Pondicherry in 1844, the responsibility of establishing a Congregation of Sisters for the education of girls was entrusted to Fr. Dupuis by the Bishop. Accordingly the Congregation of the Franciscan Sisters of the Immaculate Heart of Mary, Pondicherry was founded on 16th October 1844. Fr. Dupuis was the Director for thirty years and he passed away on 4th June 1874. His body was buried in the cemetery of Priests at the Cathedral, Pondicherry. When the cemetery was renewed, his mortal remains were found intact after 115 years and were buried again in the premises of Idhaya Arts and Science College for Women, Pakkumudayanpet. He was renowned for deep piety, genuine abnegation, zeal and perseverance in work and right judgment. Above all, he had a strong confidence in the Divine Providence and was called a Man of "Divine Providence".

He has been elevated as 'Servant of God'. Steps are now underway for his beatification