Sisters of the Imitation of Christ (Bethany) 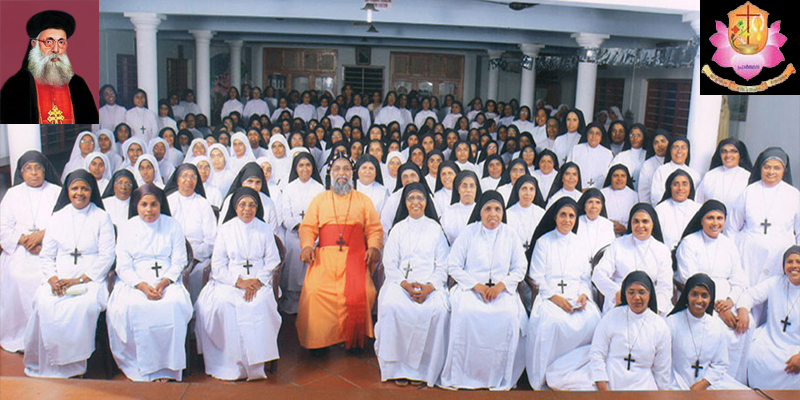 Sisters of the Imitation of Christ (Bethany)

The Congregation of the Sisters of the Imitation of Christ, (SIC) (known as Bethany Sisters) the first women congregation in the Malankara Church  was founded by Servant of God Mar Ivanios at Thirumoolapuram, Thiruvalla on 8th September 1925(21st September according to Julian calander)  in the Syrian Jacobite Church. Mar Ivanios believed that the spiritual renovation of the Malankara Jacobite Church is possible only through dedicated men and women in the Church.  Being guided by the Holy Spirit, Mar Ivanios   founded the Congregation as a source of spiritual force and renewal of it. The historic re-union of Mar Ivanios with the Catholic Church was on 20th September 1930. Accompanied with the path of the founder, the first ten members of the Congregation also re - united with the Catholic Church on 22nd September 1930, which was officiated by Mar Ivanios himself. In 1936 it was divided into two diocesan congregations under the Archdiocese Trivandrum and Diocese Thiruvalla headed by Archbishop Mar Ivanios and Bishop Mar Theophilos respectively.

Bethany- an active Congregation lays emphasis on liturgical life, as a life of prayer and contemplation. Sisters try to attain their personal sanctification by imitating our Lord Jesus Christ in His hidden life of contemplation and in His active life. The charism of the congregation: - The spiritual renewal of the Syro Malankara Catholic Church, Re-Union, Evangelization and the upliftment of women through imitation of Christ. Since the re-union with the Catholic Church, the congregation has grown rapidly. By the grace of God Almighty and the benevolence  of His Excellency Cardinal Eugine Tisserant, head of the Sacred Congregation of the Oriental  Churches, the SIC Congregation was elevated  to the Pontifical Status on  6th  August 1956 by the decree Port.N.75/49. The decree of praise and approbation of the congregation were both given on the same after having united the two diocesan congregations as two provinces of the same institute under a Mother General. In 1975, Generalate has shifted from Thiruvalla to Kalathipady, Kottayam.