SISTERS OF OUR LADY OF SOURROWS (OSMP) 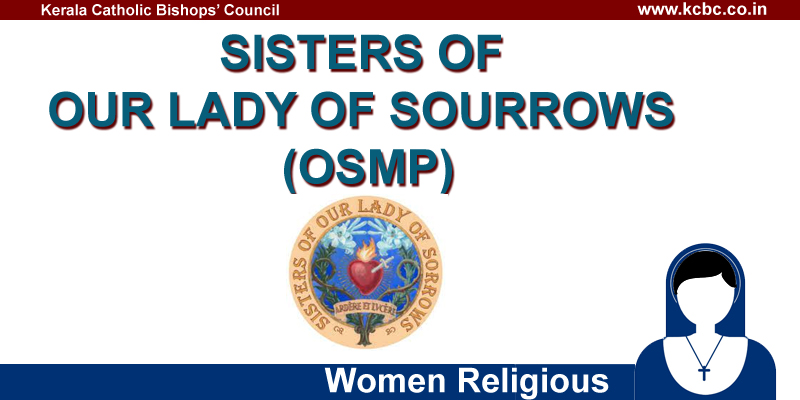 Elisabetta Renzi was led to the Conservatory in Coriano at the age of 37 in August 1824. She recognized the will of God in the words of her spiritual director, Fr. Vitale Corbucci, who assured her that the Lord was calling her with the mission of giving a “good education to young women,” and he directed her to the Conservatory.

At the Conservatory, she found joy of spirit in carrying out God’s will, and realized the ministry of education was her calling, serving the students, her companions, and the people of the town with humility and compassion. Her gifts were noted by all, and many sought her counsel.

Following tumultuous circumstances that marred the name of the Conservatory, and after failed attempts of consolidating the Conservatory in Coriano with other religious orders (Canossian Congregation of the Daughters of Charity and the Pious Teachers Venerini of Rome), the Bishop of Rimini called upon Elisabetta and entrusted to her the management of the house where he made her the superior.

Elisabetta chose a deep spiritual life as the foundation for the community, and in 1829, wrote the Rule of Life for the Poor of the Crucified living in Coriano, norms that directed and intended to make the small new community a “union of fervent souls, detached from the world, loving only Jesus Crucified, imitating him as much as possible in poverty, mortification, and charity, seeking only to have loving conversation with their Divine Spouse, and to hear His loving voice in solitude and recollection of spirit, where He has promised to lead His brides to talk to their hearts.”