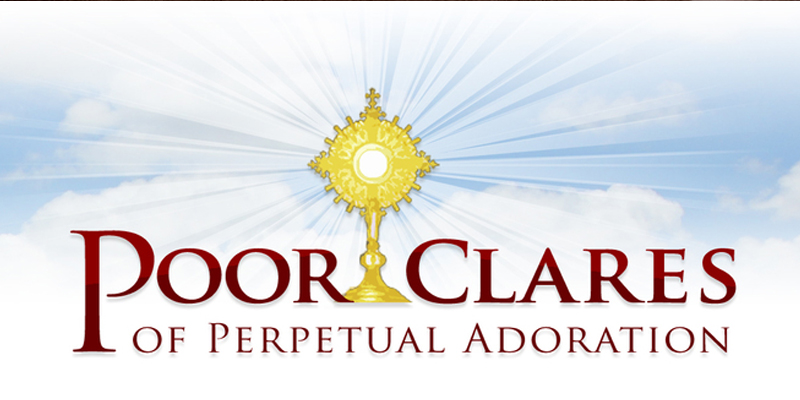 The Franciscan Family
Our origins date back to the 13th century, to the Franciscan movement initiated by St. Francis and St. Clare in Assisi, Italy. This movement which, in the beginning, was simply to live faithfully the gospel of Jesus Christ in brotherhood and sisterhood, eventually became the three Franciscan Orders: the Friars Minor, the Poor Sisters (Poor Clares), and the Secular Franciscans.

Our Holy Mother St. Clare
St. Clare was a noble woman of the Italian town of Assisi at the end of the 12th and the beginning of the 13th centuries. Known from her youth as a devout girl, Clare was touched to the heart by the preaching of her contemporary St. Francis of Assisi. On the night after Palm Sunday in 1212, Clare left her family home and followed Francis in giving herself to living a poor, simple, Gospel life at the little church of San Damiano on the outskirts of Assisi. Although her family was initially furious with her decision, many young women followed Clare's example within a short time, including a number of members of her own family.

Our Community
The Poor Clares of Perpetual Adoration is one of the several branches of the Order of St. Clare. It was begun in France in 1854 by Marie Claire Bouillevaux in response to her call to contemplation and adoration of the Eucharist in a spirit of praise and thanksgiving.

This community, first known as the Franciscan Nuns of the Blessed Sacrament, adopted the contemplative way of life, and were given the privilege of solemn exposition of the Eucharist. In 1921, the first American foundation was established in Cleveland, Ohio. Several other monasteries have since been established in this country and in India.

Devotion to Christ in the Eucharist is and always has been the central element in the Franciscan family. For the Poor Clares of Perpetual Adoration, this devotion is expressed in a particular way through adoration of the exposed Eucharist. This is a special aspect of our effort to live out our call to offer praise and thanksgiving to God with and through Jesus on behalf of all people throughout the world.