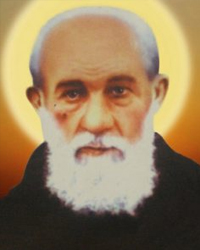 Venerable Fr. John Vincent of Jesus Mary OCD, The Spanish Carmelite missionary, Fr. John Vincent of Jesus Mary OCD evangelized Kerala for 17 years, having landed at Verapoly Archdiocese in the year 1900. After spending four years in spiritual ministries in the island of Varapuzha, he was appointed the parish priest and vicar forane of Mount Carmel Church, Chathiath during 1911-1912. Called back to Spain for higher responsibilities, he died there on February 27, 1943. Saint Pope John Paul II elevated him to the status of Servant of God and later to the status of Venerable on January 12, 1996.