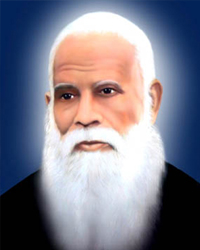 Thomas was born on October 24, 1871, in a noble family of Poothathil as the second son of Ittikunj and Naithy at Neendoor in Kottayam District of Kerala.

After the primary schooling at his home town, he was sent to a school in Thrissanappally, run by the Jesuit fathers. He joined the Seminary in Puthenpally near Varapuzha on September 21, 1887. Enriching himself in the philosophical and theological studies he was ordained priest by Mar Mathew Makil, the vicar Apostolic of Changanacherry on December 28, 1897.

His linguistic proficiency deserves words of appraisal for he was fluent in Syriac, English and also Malayalam. he was appointed as a professor in Puthenpally Seminary in 1898 very soon after his ordination. Having completed his teaching profession in three years in Seminary, he had been sent to different parishes,Kumarakom (1900-1904), Uzhavoor (1904-1908). He served as chaplain of Visitation Convent, Kaipuzha and the Manager of St. Margaret School (1908-1915). Due to ill-health he could not take up pastoral ministry during 1915-1921. Residing at Kaipuzha parish, he began his efforts in view of founding St. Thomas Asylum, on 3rd May 1925 and St. Joseph's Congregation (SJC).St. Joseph congregation started on 3rd July 1928 with its first five members

His body was buried at Kaipuzha Church, southern side of the altar. Later, Mar Kuriakose Kunnacherry, the Bishop of Kottayam permitted to transfer what remains from the tomb from the Church to the convent chapel at Kaipuzha on 4th December 1983 on his fortieth death anniversary.Declared as servant of God on 26 Jan 2009.