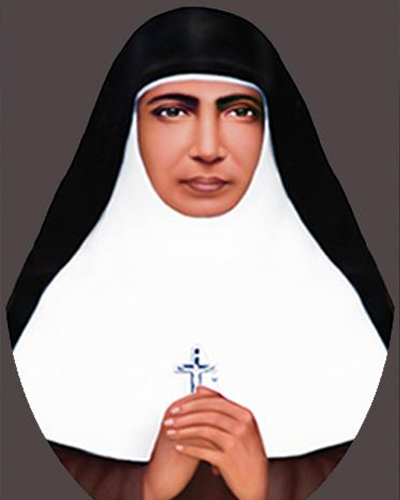 Chiramel Mankidiyan Thresia, born in Puthenchira, a remote village of Kerala, was a remarkable person and a social reformer. She came from a family that had lost all its wealth paying the dowry of seven aunts, and grew up in poverty. Her work lay with families affected by drink, immorality and violence. She worked at a time when women were not encouraged to go outside the home. Many ways she was a social reformer. Mother Mariam Thresia founded the order with three friends, who took care of the poor and the needy. There was a great deal of objection to their work in the beginning. But she persisted and the accent of her work was on families, mainly poor suffering families.
Mariam Thresia suffered stigmata or had wounds like those received by Christ on the Cross and had been a mystic. Mother Mariam Thresia was raised to the honours of the Altar on April 9, 2000 and canonized as a saint on October 13, 2019 by the Church.