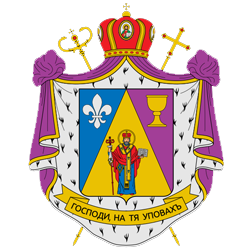 The Greek Catholic Church of Croatia and Serbia (Latin: Ecclesia Graeco-Catholica Croatiae et Serbiae; Croatian: Grkokatolička crkva u Hrvatskoj i Srbiji; Serbian: Гркокатоличка црква у Хрватској и Србији), sometimes called, in reference to its Byzantine Rite, the Byzantine Catholic Church of Croatia and Serbia, is a particular (sui iuris) Eastern Catholic Church which is in full union with the Catholic Church. It consists of the Greek Catholic Eparchy of Križevci,[1] covering Croatia, Slovenia, Bosnia-Herzegovina, and the Greek Catholic Eparchy of Ruski Krstur, covering Serbia. The Eparchy of Križevci was headed by Bishop Nikola Kekić until his retirement in March 2019, and since then the eparchy is governed by apostolic administrator Milan Stipić. The Eparchy of Ruski Krstur is headed by Bishop Đura Džudžar since his appointment in 2003 (until 2018 as Apostolic Exarch).

Although two eparchies are canonically linked, the Church has no unified structure, nor an ecclesiastical province of its own, since the Eparchy of Križevci is suffragan to the Roman Catholic Archdiocese of Zagreb, and the Eparchy of Ruski Krstur is directly subjected to the Holy See.